In my very limited experience, one of the inevitable parts of writing a novel is that you will end up throwing some of it away. Sometimes whole sequences or chapters disappear and the end product is always the better for it. There's a reason your editor or beta reader told you to ditch that bit.

You will always feel resistant to these suggestions at first. Writing is difficult enough as it is. You are naturally defensive about your work, after all you might have spent days on that bit you've just been advised to consign to the recycle bin. Was it all for nothing?

However, after sleeping on it you usually feel better about these suggestions. The people who made them are trying to assist after all. They haven't agreed to edit or beta read out of a desire to put you down or slag you off. They want to help make the novel as good as it can possibly be.

And of course nothing edited out is ever totally lost. Often scenes are cut for reasons of pacing—but this doesn't mean that they didn't happen in the world of the novel. As long as a cut sequence isn't replaced by one that directly contradicts it, as far as I'm concerned it still happened. It carries weight and affects the motivations and actions of the protagonists in a way that it wouldn't have if it had never been written.

Think of these deleted pieces as the narrative equivalent of Dark Matter. We can't see them and we can't read them but we feel their influence in the parts of the story that we can see.

They are the Dark Chapters.

Here's one such moment from Comeback. It's not a spoiler to reveal that early in the novel we see what happened when Genie visited the USA as part of her pop career. In the novel the narrative leaps straight from the plane to the freeway. However in the first draft there was a whole section about what happened in the Immigration Hall - a sequence for which I actually did some research, finding out from a reliable source what actually happens when someone famous goes through this tedious procedure... 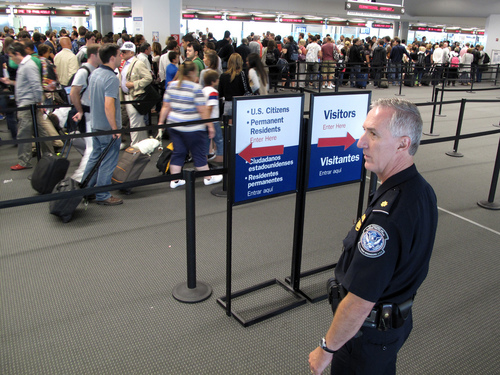 THIRTY FIVE MINUTES LATER Genie was less enthusiastic about arriving in Los Angeles.  She and Malcolm stood inside the cavernous space of the Immigration Hall at the back of slow moving queue threaded through an impressive labyrinth of movable barriers.  Beyond the barriers was a broad gap down which you could have driven a tank. On the other side of that was a line of glass booths containing bored immigration officials going about their work in no hurry whatsoever.

Eventually one of Genie's fellow queue members had had enough.

“Excuse me, do you think you could get a move on? We’ve been waiting half an hour!” A very British voice, male, self important and pathetic. Genie was embarrassed on his behalf. Inside one of the booths a corpulent officer grinned.

If anything the queue slowed down even more.  Cultural differences, thought Genie, resigning herself to the wait. Here, the answer to her question Don’t you know who I am? would probably be No.

Malcolm tapped at his Blackberry, downloading schedules and itineraries.  He didn’t appear particularly angry or frustrated at the delay. Then again, thought Genie, neither was she. Her body ached, her eyelids were heavy and her brain was filling with fog. Doing nothing was a blessing. Malcolm had told her that it would be fine; it just took a while these days.

Genie began to doze standing up, swaying and snapping awake every thirty seconds. Her life was now divided into two distinct phases; Waiting in This Queue and Everything Before That. Occasionally someone would be called forward and they’d shuffle along a few steps.  Sometimes they’d shuffle along a few steps anyway as impatience picked away at everyone’s sense of personal space.

Something changed.  Genie looked up—a couple of rows ahead a large family with a ridiculous amount of hand luggage were in conference, its two teenage members glancing over in her direction with wide eyes. Genie looked over her shoulder before realising that she was the cause of their fleeting looks which were becoming progressively less furtive.

The infection began spreading through all British members of the queue. Everyone was so bored they’d have got excited about someone carrying a Siamese cat in a basket; a genuine Pop Star was an unexpected bonus.  Even a group of pensioners—who couldn’t possibly have known who she was—started looking across and nudging each other.

A gangling twenty-something in a Family Guy t-shirt had got out his digital camera and was trying to take her picture. One of the Immigration Officers, a stocky woman, had spotted this and wasn’t having any of it.

Malcolm caught the Officer's eye and gestured to her. She walked slowly over, suspicious, her gun banging against her hip in an ostentatious display of power.  He bent down and whispered into her ear; Genie couldn’t catch what he said, but the woman’s expression changed.  The distrust ebbed away, she nodded and smiled. She’d transformed from an aggressive superior into a servant. She unhooked one of the barriers and gestured for them to follow her.

“Come on sweetheart. Fast track.” Genie followed Malcolm several miles to the back of the hall; a forest of eyes tracking their every move.  At one end—separated by yet more barriers—there was a far shorter queue consisting of smartly dressed older men who offered Genie a couple of disparaging glances before turning back to their neatly folded newspapers.

This queue moved faster. Before she knew it Genie was at the front, Malcolm having been already been called across to one of only three desks servicing Fast Track.  Ahead a man in a peaked cap looked straight over at Genie, beckoning and gesturing to the right, directing traffic. As she walked over to the booth, Genie saw the man’s hand fall to his gun. She stood chastened at the window, passport and papers held forward in supplication. The Immigration Officer, a young woman, looked up with a blank expression on her face, took Genie’s passport and started thumbing through it, leaving the landing card and customs form on the counter.

“Look into the scanner please ma’am,” she said without looking up, swinging a camera like device on a metal arm forward. Genie pressed her right eye to the aperture; there was a flash and the arm swung back.

“How long are you in the States?” Still the woman didn’t look up.

“Why are you here? You workin’?” The woman inserted Genie’s passport into an electronic reader and turned her attention to a tiny monitor upon which an array of information flashed up.

“We’re having some meetings…” Genie wasn’t sure how much detail to go into. “Record companies and that.”

“You a singer? Place the fingers of your right hand on the glass please.”

“Yes.” Genie obeyed. A red line moved across her hand scanning her fingerprints. The screen the woman was looking at changed. Silence. Genie wondered if she should say something else.

“Has anyone given you any packages to carry?”

Genie shook her head. What had that to do with Amy Winehouse?

The woman looked back down at her desk and extracted the passport. “You ever been arrested?”

“What? No!”  Genie started to feel dizzy. She didn’t like the way this was going. The woman tapped at her screen a couple of times, picked up the papers on the counter, stamped them and then handed everything back.

“Enjoy your stay, ma’am. Say hi to Amy next time you see her.”

Genie walked towards the doors at the back of the hall, legs shaking.