Who's telling the story? Obviously in a book told in the first person it's the central character. They may be unreliable - which is where it can get interesting - but we know it's them. It's their voice and quite obviously the narrative can't contain scenes or information unknown to the protagonist.

My favourite way of writing is in fact third person limited, which is what I used in Comeback. It contains phrases like "Genie said this" or "Genie did that" but otherwise it's bound by the same rules as first person. Genie is present in every scene and nothing is "known" to the text that isn't also known to Genie. Of course this doesn't mean that the reader can't sometimes infer things Genie doesn't know from other elements in the story, and this can be quite enjoyable for them - especially if these guesses that are made turn out to be important later on. Sometimes this is a feature of the story - the central character being a naive narrator (rather than an unreliable one).

Some novels can have different chapters written in the first person (or third person limited) with a different character as the focus, which can also work well. The only problems arise when third person limited jumps between points of view in the same chapter, and the reader becomes aware of what more than one character is thinking. Personally I find that jarring and it can fling me out of the story.

Why am I bringing this up now? Well, even though Comeback is firmly third person limited with the POV definitely in Genie's head, there's no reason these extra advent scenes have to be.  Just what did Wendi get up to during her tour of America just after the first time she met Genie? 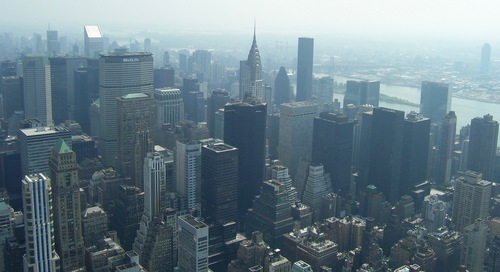 Wendi insisted that they walk from Penn Station to the hotel. The tour bus had been waiting when the airport bus had dropped them off, and after a long flight in theory the idea of being driven around should have been appealing.

"I want to walk!" Wendi was almost jumping up and down on the spot, the thrill of actually being here sending jolts of electric hysteria flooding through her nervous system. The sun was still shining, which was odd in itself - if they still been in the UK night would have fallen.

The rest of the band didn't take much persuading - after all it was only half a mile or so.

Wendi took the lead, strutting off down 7th Avenue. It was all so familiar from childhood, as if she'd stepped through her television screen into a fantasy world. She was smiling and had to keep choking back irrational laughter at the simple thrill of actually being here.