Advent is supposed to be all about Christmas.

However, I've realised that there's actually no Christmas in the novel whatsoever, despite the fact it covers a period of several years what with one thing and another.

So Genie and her friends definitely experienced Christmases of unknown quality during Comeback. And whatever you think about it, love it or hate it, it is an experience. A positive or negative experience but one with a unique atmosphere. And of course wherever you work someone is bound to suggest a seasonal party or outing.

Even if you're in a band. 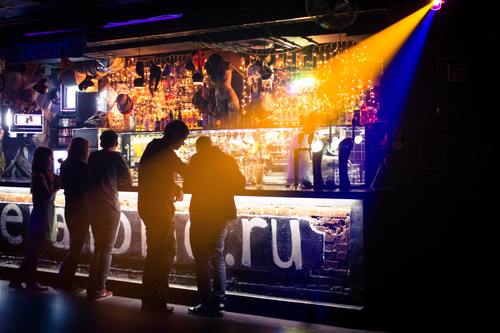 Genie's breath bloomed in chilly clouds in front of her face as she hurried along behind Wendi. They'd just turned right off Charing Cross Road and were walking down a narrow street, crammed with guitar shops. Although the sky was clear, the stars were barely visible against the orange sodium light glow.

Wendi hadn't spoken a word since they'd left the tube station, but was in one of her moods, woolly hat pulled down to hide her bright purple hair, huge shades covering her eyes despite the night and small leather jacket zipped to the neck, lapels turned up.

Genie assumed she knew where she was going.

"Sweetheart? Are not planning to join us?"

Both women stopped walking and turned at the sound of a familar voice. Malcolm was leaning out of a door they'd just walked straight past.

Wendi stalked past Genie as Malcolm stood back and held the door for them both. He raised one eyebrow as Genie walked past but didn't say anything.

Inside was warm, dark and red. It reeked of beer and stale cigarette smoke. Further in lay a bar, along one wall leading deeper into the interior. There was no music playing playing and the staff were rushing about with singled minded devotion to carrying stacks of beer glasses from one place to another.

Wendi hadn't slackened her pace; without looking she reached behind herself with one hand and grabbed hold of Genie's sleeve, towing her further into this cramped labyrinth.

"Sound check's at seven, all right?" Malcolm called after them in that petulant tone of voice he tended to use when Wendi was misbehaving.