Whether this is a real concern or simply my laziness's underhand way of trying to get me to stop I don't know. But I was struck with the question - does anyone really want to read an update every single day? Am I flooding the channels of communication and ending up bring counterproductive? I can't really tell - but still I suppose no-one is being forced to read.

And one upside is that I woke in the night with an idea for a short story so my creative juices are perhaps being kickstarted. Whether it is any good or not I have no idea but I was so enthused I started writing it in the dream and the idea remained on awakening.

Anyway, back to Comeback, where I am continuing the scene from yesterday a little bit longer (perhaps this experiment will end up being a smaller number of longer scenes). 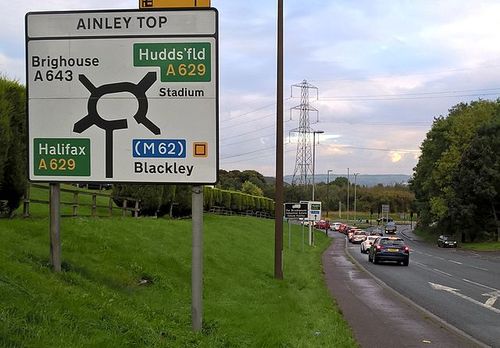 They were travelling northeast out of Manchester; the surrounding landscape had changed in short order; the bog standard mix of suburb and farmland had abruptly given way to bleak moors. Genie thought that it looked more like how she would have imagined the surface of Mars than Yorkshire.  At one point the east and westbound carriageways split off from one another and each started making its own way through the valleys, adding to the sense of bizarre dislocation.  She could have sworn she saw a house on the central reservation, cut off from the rest of the world by two opposing rivers of tarmac.

There was a click as Malcolm released the catches on his briefcase and shuffled the contents like a professional poker player until the faxed itinerary was uppermost in his hands.

“Shouldn’t be that long now. We’ve a press call on arrival.”

“Where is it again? Huddersfield?” Genie was beginning to lose track of these towns and cities, and for some reason there seemed to be a lot more of them vying for her attention in the north. She looked back down at her Sudoku book. Nearly there.

“Halifax.” Malcolm flicked the paper with a forefinger; “A couple of bods from the Evening Courier and the Herald are meeting us there at six thirty.  Shouldn’t take longer than half an hour. They didn't mentioned a photographer. Odd, normally they like to take a few snaps of you in front of the local landmark. Still, we can always palm them off with a couple of the press shots.”