Well I made it, even though when I started this task on 1 December I felt as if I almost certainly wouldn’t. Yet here we are on the last day with (probably) ten thousand words under our belt. OK, so I didn’t count them and it’s no Nanowrimo. But nevertheless I am pleased to have made it despite (or perhaps because?) of how busy I was.

The extra scenes have been interesting to write as well; in particular this last one set five years before Comeback (and a year after the sequel Ghostdance) seems to have taken on a life of its own and I for one can’t wait to find out what happens when Wendi reaches the summit of the Brocken. However I suspect this story will continue beyond that in some form or another and what we’ve been experiencing here since 18 December has been draft zero of something brand new… 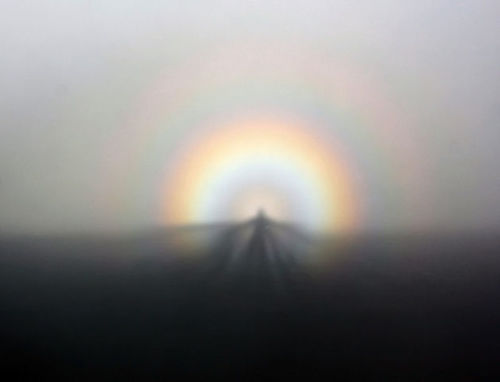 There were only a handful of other passengers on the train and they stayed in their huddles, their little groups, the voices of a couple of tour guides issuing instructions in different languages.

The band hadn’t bothered with a guide although Hans was taking charge. This didn’t bother Timothy; if anything he seemed a little relieved.

Sean was standing at the end of the platform examining the engine again while the rest of them trudged through the doors of the visitors’ centre behind the other groups.

Wendi wasn’t in the mood for engines, tourism or gift shops. There was something about the isolation of this place that appealed to her and she was determined to find out what and where. She carried on walking beyond Sean and found a road that ran past the railhead, up towards the summit where a large TV antenna stood sentinel over the scene.

As she trudged along she could hear the faint voices of the others drifting across the white expanse of the mountain’s summit; aside from them and the hiss of the exhausted engine she could feel the silence creeping up on her, the wind murmuring secrets in her ear about the expanse of nothing.

The rising sun was at her back as she passed the buildings clustered around the base of the antenna. She was at the peak and the ground began to fall off again; gently at first but increasingly steep just a little way in front of her.

There was no one in sight and she stopped, staring ahead at the distant hills, strands of misty clouds above and below her blurring the boundary between earth and sky.

Hold on what was that?

A giant shadowy shape was hovering in the air somewhere between her and the horizon, a figure limned in soft rainbows. The hairs rose on the back of Wendi’s neck - it was human in form. She raised a hand to shield her eyes and the figure mimicked her movements.

The enormous ghost at the end of this tunnel of air and light was her. The nightmarish atmosphere of the dream she’d had earlier began to return.

Wendi stood stock still, but the figure now moved of its own volition, beckoning to her.

Wendi took a few steps forward and then a few more. The still dark cloud filled valley yawned before her as she approached the edge.

(photo of Brocken Spectre by Brocken Inaglory on Wikimedia Commons)