Every year we say it, but time is going by too fast. Here I am in December when it seems as if I can still taste the January toothpaste in my mouth. That said some of the circumstances of my life have changed over the past year with regard to work and thinking back to before that seems like a very long time ago indeed. The speed of time is flexible like that.

But it's the specifics of time that seem to have gone awry at the moment. I have been very busy in general and in addition to that I set myself this advent task (admittedly before I knew I was going to be quite so busy). I don't seem to have had any time for life admin - I haven't even done any Chrtistmas shopping yet. I don't mean people's presents - just general groceries. If I don't get my skates on I'll end up digging veggie burgers out of the freezer to feed myself on Christmas Day. 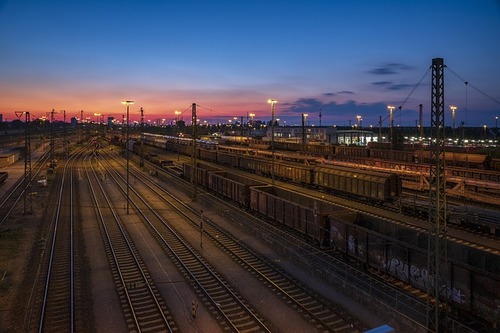 It was coming back to Wendi now. Bass player Sean was a railway enthusiast and when told that their German tour would take in both Hanover and Leipzig had insisted that  they stop off between the two at somewhere called Wernigerode where they still had steam trains. As the gigs were on consecutive nights this had meant a very early start. Wendi looked at her watch. 5am. She could still taste the beer from last night. She trudged back to the boys and looked up at them.

Timothy the Tour Manager was fumbling with a map that folded out from the back of an old 80s Michelin Guide to West Germany. Sean turned to her.

A low building squatted at one end of the car park. All of its windows were dark.

"No problem, should be OK!" Hans the driver set off towards it and they followed in his wake. Timothy had yet to successfully fold the map back up into the cover of the guide and in the end just rolled the whole thing up like newspaper and shoved the messy bundle inside his coat.

They rounded the corner of the building and were confronted with an expanse of railway tracks separated by low platforms. Red lights glared down at them through the fog, accentuating the blackness of the sky above. One train squatted at the furthest track, a handful of people standing on the platform beside it. Sean's eyes lit up and he began walking a bit faster, overtaking Hans.

Wendi stepped over the tracks. There were no other trains about and the silence was still overwhelming but she didn't like it. It was wrong. You didn't just walk across the tracks like that.