Advent 16: Fear Of The Unknown

Can I just mention the numbers again? We're now two thirds of the way through this process, which to be frank I was afraid I'd fail to complete. Though there's still time for that, so I shouldn't dismiss the fear just yet. Fear keeps you vigilant.

What I find odd is fear of the unknown and supernatural. I write about fantasy and the eldritch realms beyond our ken, and yet we all know these things aren't real, not really. They're fun to read about (and to write about). But fear inducing in real life? Surely not. After all I didn't develop a terror of dragons after reading the Earthsea Trilogy as a child. I knew there were no dragons.

So the same with ghosts and phantoms right? Well yes, in theory.

Ask me when I wake in the middle of the night and it's another matter entirely.

I've lain on my side, awake, terrified to turn over as I have been convinced that something has just sat on the side of the bed and brushed its chilly fingers across my neck. Not in childhood either - this was in the last couple of years. Spirits may only be mental symbols, manifestations of the human mind, but they sit on the border between sleep and wakefulness and as such retain the powers they gained in our dreams - where anything is possible including scaring the bejesus out of us.

Last night I dreamed I stood in the doorway of a room. Across the room in front of me was a glass balcony door that looked out onto a dark night - as such I could clearly see my reflection opposite me. It raised a hand and stepped into the room a second or so before I did. 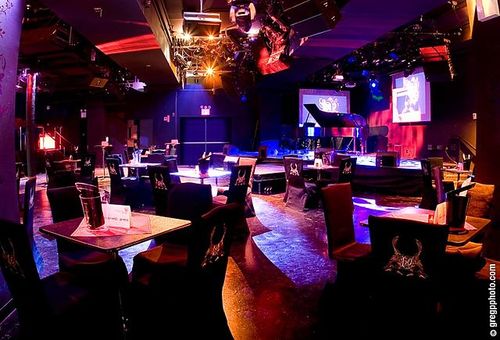 Even by the evening Wendi couldn't shake the feeling that she was twenty-nine hours out of time. The day had been spent seeing the sights in luxury, but it had all been as if under glass. The cityscape visible from the top of the World Trade Centre was an elaborate three-dimensional model, fractally generated to fool her brain into thinking she was somewhere. Anywhere other than back home in London.

The soundcheck had gone well. Wendi would usually have rushed around the still empty venue  afterwards, investigating all the nooks and crannies before the audience arrived and seeking out the best graffiti left by their illustrious predecessors. Instead the normally laconic Peter was taking this role while Wendi lay down in the dressing room staring at the ceiling.