Advent 12: Half The Battle

I haven't banged on about the numbers since Day Five of this project, but I think that today is worth marking as we are reaching the halfway mark. I must admit that when I first started this I considered it may well be too big a mountain to climb, but surprisingly here I am setting up camp on the slopes with just as much below me as there is above me now.

Perhaps one of the things that has helped is that I am so busy at the moment. No I didn't type that wrong. I am exceptionally busy with work but went ahead with this despite that. Perhaps subconsciously I knew that pressure is a great motivator, that if I am always trying to find the time I will always remember to do so even if it is anxiety inducing.

I think forcing myself to do this in public made a big difference too. So thank you all for being aware of this. I hope the second half is equally as rewarding for all of us. 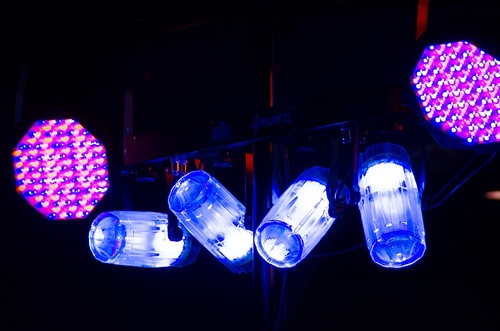 Thinking back on it Genie always remembered what happened next in slow motion and with a distorted sense of space. The balcony was simultaneously right on top of them and hundreds of metres away; Wendi's jump both a major leap into the void and simply one small step for a woman.

Time was crawling. Genie had time to both worry which way up Wendi was going to land and to try and work out on what. Wendi was spinning forwards in the air and her shades fell off, beginning their own separate journey towards the ground.

Her eyes. Perhaps it was just the odd lighting in the venue but for a second Genie could have sworn that Wendi's eyes were empty, shiny and black, demonic to match the manic grin she was wearing.

Against all odds Wendi had somersalted forwards a full three hundred and sixty degrees and had landed on her feet at the front of the stage facing the rest of the band, her crazy smile cranking up several notches further. She hadn't even knocked anything over.

A round of applause broke out from the handful of people in the room. Wendi turned around, gave a sardonic bow and fell forwards off the stage.