If I write this first thing in the morning (like now - and do bear in mind that when I write this and when I hit publish do not always match) then I still have my dream eyes on. You know about the dream eyes. They're always the most obvious in the winter. You open your eyes to the darkness of the morning and it's boiling, a subliminal static overlaid over everything, the same mechanism that enables the pattern recognition centres of the brain to interpret the red noise of brain activity as the imagery of your dreams is still in play. That's why waking in the middle of the night can be so terrifying - a blank patch of bedroom wall plus dream eyes can become a spectral shape reaching out for you. Sometimes your very thoughts are affected by a similar filter - dream brain. Add all that to sleep paralysis and you have all the ingredients of a classic nightmare.

This morning the dream eyes had a less sinister effect. All that happened was that while I was standing in front of the bathroom mirror I spotted a wisp of smoke curling upwards from the toilet tank.

Thankfully the eyes have now subsided. 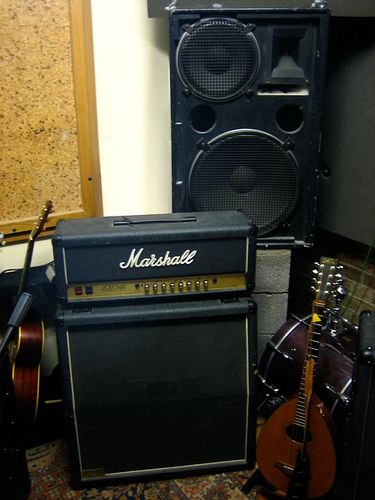 Genie did a double take as she looked back down at the stage. Where before the band's equipment had been arranged as an art installation ("Amplifiers, instruments and leads, mixed media, unknown artist 2003") there were now people on the stage. They'd arrived without having crossed the intervening space. Sound Man Jake was fiddling with the monitor speakers and Nigel was manouvring his drum kit even further back into the corner .

The tiny stage still didn't seem as if there'd be room enough for all five of them; it was just as well that Claudia had decided to go abroad for Christmas.

The speakers cracked and a wave of bland imitation grime started playing. Jake looked up with a frown and shook his head, staring into one corner and drawing a finger across his neck. The music stopped.

"I see DJ Drake's still at it," said Wendi, "Trying to jump on whatever bandwagon comes along."

Genie had noticed that Wendi never seemed to like any of the other acts that were signed to Mallard. Still, at the label's Christmas party they were all going to have to tolerate each other. Beam may have been flavour of the last three years what with their recent chart success, but they weren't the only act on the bill tonight.