Advent 1: Getting Into The Habit

It's not that I am particularly into the festive season or anything (if anything it's always slightly annoyed me as it overshadows my birthday - which is on 1st January by the way, a date for your diaries there) but I do enjoy the relentless march of Advent. I'm not talking about the cheap chocolate and cardboard Christmas decoration, more about doing something every day for 24 days. In recent years I tended to do this on Twitter (see here and here for examples) but this year I've decided to be a bit more creative.

How about I write very short extra scenes - no more than two or three paragraphs each - for Comeback? That way I get to practice my writing and everyone else gets teasers for the novel which can't be spoilers as they're not actually in it. Kind of like NaNoWriMo but for most of December. DeDoWriMo? The good thing about doing it so vocally is that I'm kind of forcing myself to keep going as to miss one would be embarrassing. I'd much rather put myself to the inconvenience of making time for it every day than miss one and let myself down so publically.

I'll keep them short. Let's hope the next 24 days generate some extra pledges too.

Genie and her manager Malcolm are on their way to the BBC in Wood Lane. 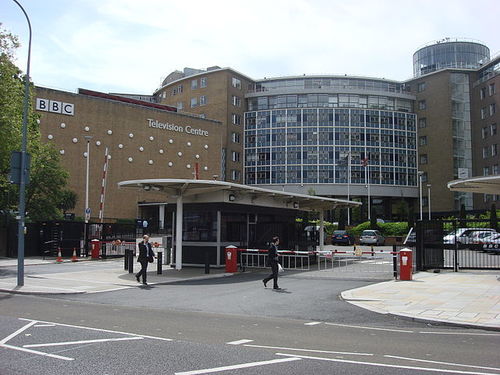 The black cab decelerated and swung right into the checkpoint behind which the BBC Television Centre sprawled. A queue of camera wielding punters huddled beneath umbrellas on the wrong side of the barriers, staring into the car hoping to get a glimpse of whoever was within. The driver consulted with the uniformed functionary who — after a cursory glance at the paperwork — raised the gate and waved them through.

Malcolm got out first and held up his umbrella to shield Genie during the walk to the entrance. Inside Genie shook herself off and looked around the spacious metal and glass chamber before sinking down into designer leather chair as Malcolm walked over to the desk to deal with the commissionaire. A large bank of enormous flat screen televisions on one wall showcased the corporation’s output but Genie found them so confusing in their multitude that she ended up staring down at the polished marble floor instead.

After a couple of minutes Malcolm came striding back, once more on the phone. He gestured to her and walked off, not even checking that she was following. Genie stuck her tongue out at his back but followed anyway.