A COLOSSAL thank you for supporting Cold Dawn. Yesterday we reached 86% and 270 supporters; the finishing line is in sight!

So, what do I mean by The Nudge? A new Scandi crime thriller with the same shuffled cast and preposterous plot? A byzantine pseudo-sport making its debut at the Olympics?

Neither – and more later.

One of the questions I often get asked at book groups is why I started writing . . .

Well . . . I was a police officer for 15 years, finishing as a Detective Inspector at Moss Side in Manchester. Really, Moss Side finished me!

Suddenly (overnight), I had a lot of time on my hands, and I started writing a diary to try to understand what had happened and move me forward.

That diary became a memoir called From Cop to Coppicer. I sent it to five agents, and two asked for the full manuscript. One then spent six months trying to find a publisher, but without success. He suggested I wrote a crime thriller. I literally jotted down on an envelope the three things I knew about, drew a few lines, and set off. The result was The Trail, and I’ve not stopped writing since!

One day I hope to publish the memoir. 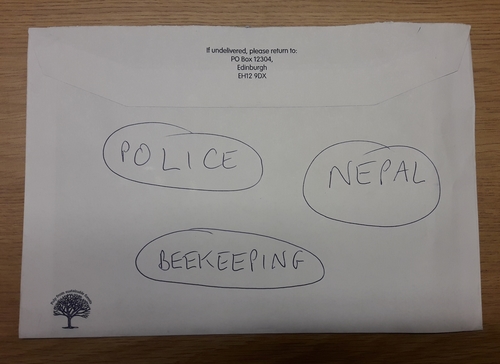 The strange time of covid continues, but with restrictions now easing, I hope you manage to get away for a relaxing summer holiday.

PS Almost forgot The Nudge . . . if just 1 in 10 of you nudge a friend to support Cold Dawn, we will get there tomorrow!