So here we are. Publication day! And what an extraordinary journey Cockerings has gone through.

It's gone from an exam question to a short story to a novel of many titles and even more versions. And then, even though it was the first novel of mine that Unbound accepted, it had to wait in line behind A Murder To Die For and The Diabolical Club. But now it's here! And I've so enjoyed seeing your photos appear as your books arrived! 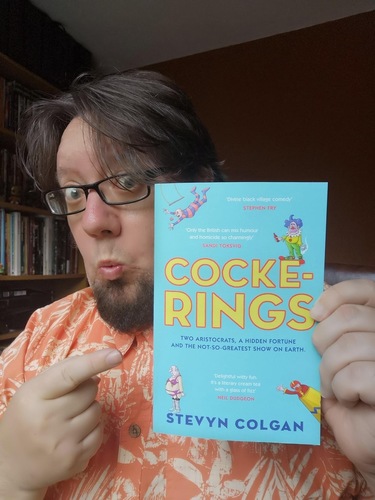 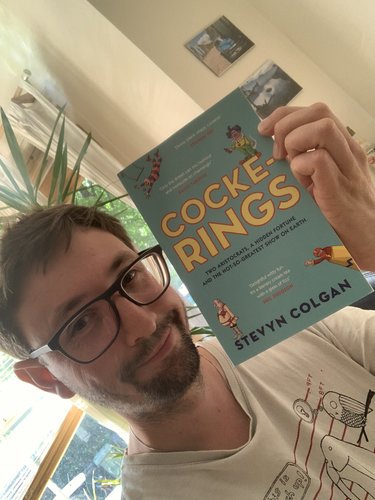 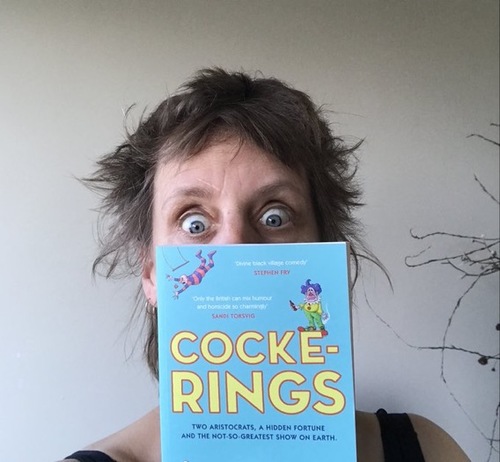 (There are a LOT more photos!)

So that's three novels released into the wild all set in my fictional world of South Herewardshire. But will there be any more?

A fourth novel called Meet The Whites is in its completed first draft - it's a tale of kidnap, mystery, alien encounters and saucy bed-hopping neighbours into which the brilliant DCI Gavin Quisty and his trusty assistant DS Kim Woon (who both appeared in A Murder To Die For) are thrown. I'm really proud of it - think Leslie Thomas's Tropic of Ruislip meets Tom Sharpe's The Throwback and you'll get some idea of the chaos that ensues. But will it ever see the light of day?

I've done six books with Unbound (seven if you count Saving Bletchley Park, which I co-wrote with Dr Sue Black OBE). It's the most books crowdfunded by any Unbound author I believe - and, to be brutally honest, I'm exhausted. Writing a book is hard work. Editing is hard work. Crowdfunding is even harder work. And then comes the marketing which, in our celebrity obsessed world, has to be aggressive and continuous in order to get a book noticed. And every book I've crowdfunded has taken longer to reach its goal than the one before because costs are always rising. It is, therefore, with a heavy heart that I admit defeat. I don't think I can muster the energy for a seventh crowdfunding campaign. And with an indifferent publishing world only looking for dead certs, there's a good chance that Meet The Whites may never be released except as a self-published book.

But who knows? The one constant in life is change and the world of books may one day learn that just because someone is 'off the telly' that doesn't mean that they can write a book. There's already a terrible shortfall in funny books out there (so much so that they couldn't find a book funny enough to win the Wodehoue Prize a couple of years ago) and, if there's one thing we all need right now, it's a good laugh. I'm hoping that the market picks up and Cockerings is my humble attempt to get the ball rolling. If it does moderately well, it may help ... so spread the word! Your reviews and mentions on social media platforms all help to get the book into the public eye. And nothing sells books more than personal recommendation.

So thank you all. Thank you so, so much for supporting Cockerings. And for supporting my previous books if you did so. I've been with Unbound since the very start - even before, in fact, as I was friends with founders John, Justin and Dan when they were first plotting to launch the business. Unbound is a much-needed venture that supports and nourishes a group of very fine authors that might otherwise not get their break because they don't meet some accountant's algorithm in the world of so-called traditional publishing. It's a brilliant and wonderful thing and I'm proud to have been a small part of it.

This may be my final Unbound book but I hope Unbound goes on forever and on to even greater success.

Big hugs to you all.

I have really enjoyed all your books and it will be really disappointing not to see anymore, but I do understand that without a spot on the "telly"things are tough but I hope a break will revitalize and we might see the new book!

Noooooo... we need the next one... I know it is hard work but think about your poor readers ;)

Would love to read Meet the Whites, and hopefully after a break you may feel recharged enough to release it in some form or another. Look after yourself

I've loved every word Stevyn, here's hoping a rest and a change of scene will bring about a change of heart.

O, dear Stevyn, I hope after a rest you will find the oomph to get Meet The Whites out there one way or another! I have loved all your books (big shout out to Prof. Harkin for raising my awareness and getting me on Unbound). I guarantee I'll be a Super Patron supporter if you do it through Unbound. (Can we get an audio version of Cockerings by the incomparable Rula, please, please, please!!)