The Colgan Legacy (Sounds like a Dan Brown book title) 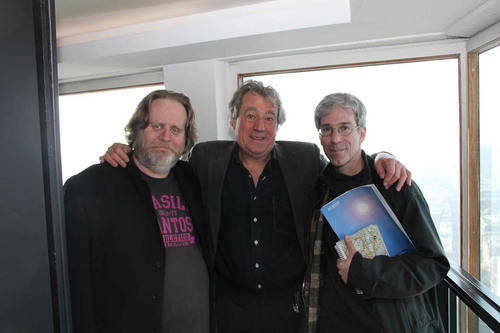 In the last few months we've seen the passing of some legends - people who, to my generation certainly, were an inspiration. Real heroes. The loss of Nicholas Parsons, Clive James, Neil Innes and, in particular, the wonderful Terry Jones, have all been tough to bear. I'm lucky to have met them all several times and they were all true gents. But I've also lost people I looked up to whose names you maybe don't know. Last year we lost Dr Jack Cohen who helped me so much when I was working on a book about aliens (which didn't happen - and nor did the TV series we pitched but both came blisteringly close to being a reality). He was Britain's foremost exobiologist and he became a friend. Then, just a few days ago, Professor Herman Goldstein passed away. Herman was the man who created the concept of Problem Oriented Policing and his ideas radically re-shaped how I saw policing. He completely changed the direction of my life and many of his ideas are now a fundamental part of policing in the UK. I'm honoured to have known him. It's fair to say that all of these men, in so many different ways, all helped to shape who I am.

It's meant that, in the last six months or so, I've become much more aware of my mortality. Not in any kind of stressy or maudlin way - I plan to live a very full life for decades yet! But what happens happens. No one escapes The Great Certainty. But it has focused me. And it's led me to a number of big decisions. The first biggie is that 2021 will see me move back to my native Cornwall. I'll miss the wonderful friends I've made here (although I'm guessing I won't be short of visitors!) and I'll definitely miss London. But I've pined for Cornwall for 40 years, all of my family are there and, as I turn 60 next year, it seems like a good time to go home. 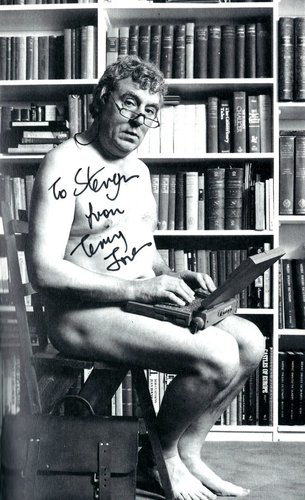 The other big decision I've made is to complete every unfinished book on my hard drives. I know that 99% of them will never get published but I'm going to finish them anyway. And probably write a few new ones!

I've written a lot in the past 40-odd years and there are 13 completed novels to revisit and bring up to best quality plus six others that are part-written. There are over 20 non-fiction books (including the aliens book) in various states of completion and at least seven that are complete. There are a handful of plays, three pantomimes, a collection of short stories and lord knows how many poems and song lyrics. I will try to get published what I can although judging by the speed that Cockerings is funding I'd have to live to over a thousand years old to crowdfund them all! Any that are still not published by the time I decide to hang up my writer's hat I'll publish online.

The work has started and my agent is currently wading through some proposals. I'm also in discussion with a TV production company about creating a series and have been out filming a pilot recently.

Why am I doing this? As a form of legacy I guess. The best thing I'll ever leave behind are my kids, of course, and now my grandkids. But a close second is my writing. It is so much a part of who I am that I can't bear the thought of all of those words and thoughts I've committed to paper (and, later, hard disk)  just sitting inside an obsolete computer on some landfill site long after I'm gone.

We can't live forever and quite rightly so. But we can live on through our deeds and our words. I'm never going to be someone who touches other people's lives in the way that these great men have, but I hope I can at least provide a little entertainment and learning. I've been passionate about writing my whole life so it seems only right to pass that passion on.

Oh, and Cockerings has crept up to 64% funded. It's slow going but it is crawling ever closer to 100%. So keep spreading the word and bullying people into pledging. And if you can spare a few quid to bump up a pledging level, you'd be an even lovelier person than you are now.

Terry Jones and the other Pythons shaped the humour I have today. Although I'm Canadian we were lucky to have access to the Monty Python episodes in then 70s and 80s. I watched more than my young brain really should have as a kid but as I said, it did shape the way I see the world now! :)

Cockerings will get there. I'm confident. The other 2 novels look lonely on my shelf without it.

Thanks so much Kenn! Yes, Python was a huge and important part of my childhood and teen years. Having had the opportunity to meet most of them at least once - and Terry a number of times - I feel very blessed. and we're nearly at 70% - we're getting there!