Which is perhaps why things are a bit slow on the campaigning front. We're at 102 subscribers and we're 48% funded so that's good. But we still have a way to go and I wish I had more time to chase pledges.

Thing is, you see, I have a full-time job at the moment. Back in April I was approached to take on a three month contract to work with the College of Policing and Bucks New University to create the first ever degree in policing. It's quite the challenge getting the two worlds of policing and academia to mesh but it's coming together ... and three months quickly became six. And then six became nine. And it now looks like I'll be staying with the project at least until the first cohort of students start their first year so I'm working a full-time 40 hour week for at least another six months. With a 70 mile roundtrip commuting five days a week, that doesn't leave a lot of time for hustling. Especially as I also have family obligations, am decorating the ground floor of my house, have a podcast to record every other week (what do you mean you haven't heard it? See link below!) and I'm trying to write a new book as well. Eek.

It also means that I haven't had the time to fulfill some pledge levels yet from The Diabolical Club and even from A Murder To Die For. But I will! Let's get Christmas and the harsher days of Winter out of the way and I'll take some time off in the Spring to organise tours, teas and beers :)

Life was so much easier when I was freelance.

Ah well, at least I'm working in a nice environment. It's actually a large country house in Berkshire set in beautiful grounds. I arrive early in the morning when my only fellow commuters are rabbits, muntjac, pheasant and the occasional roe deer. Very different from commuting into central London. 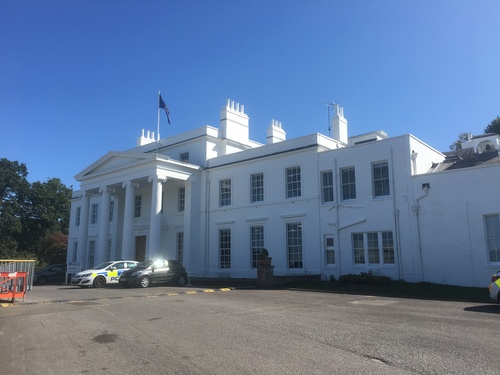 The building has a grand oak staircase and carvings by the great Grinling Gibbons. It even has a secret room hidden behind a false bookcase. When you get to read Cockerings in due course, you won't be at all surprised to find that the descriptions of Cockering Hall match some of these photos. 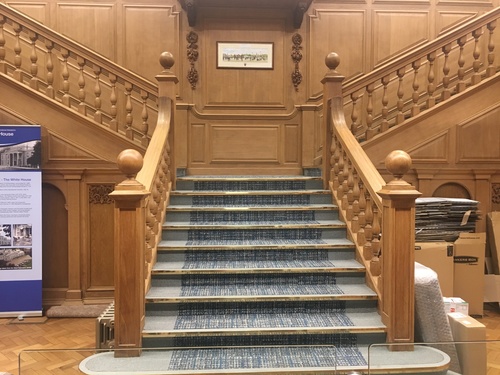 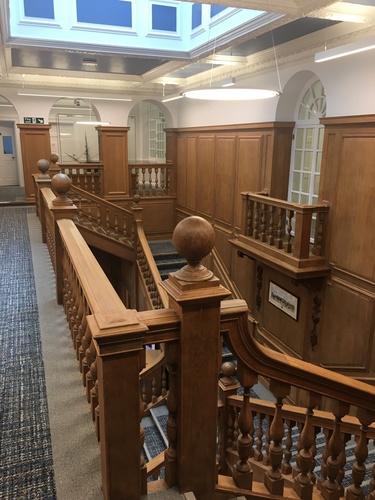 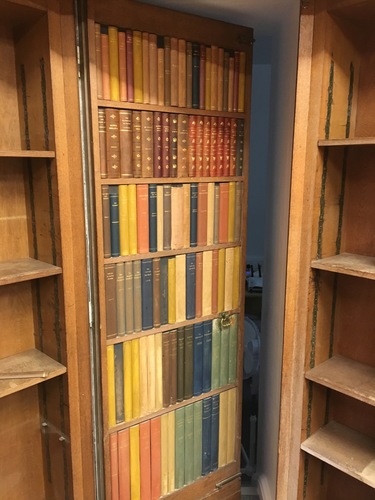 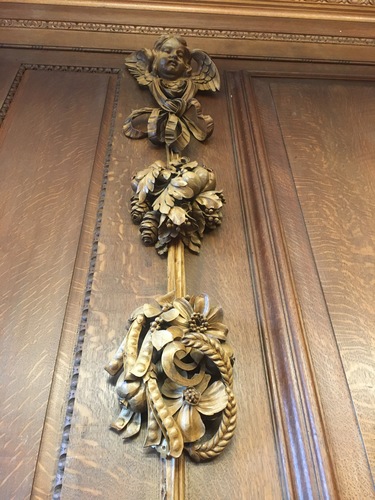 If a man has to work, there are worse places. Trust me, I know.

So there you go, a quick update.

Once we reach 50% I'll run a competition - the prize will be copies of the two existing South Herewardshire audiobooks, read by Rula Lenska and worth around £60. :D 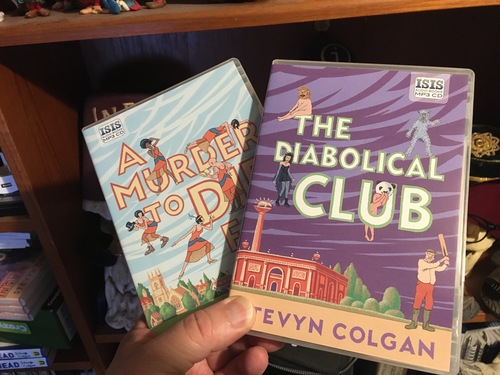 Oh, and listen to the podcast! Fellow Unbounder and BBC producer Paul Waters and I do a fortnightly show called We'd Like A Word in which we talk to people involved in writing. This has, so far, included authors such as Graham Norton, Anthony Horowitz, Denise Mina, Will Dean, Belinda Bauer, Adrian McKinty and more. It's also included publicist to the stars Angela McMahon and head of books for BBC radio, Alison Finch. It's free and it's downloadable from most podcast platforms including iTunes, Spotifyy, Anchor FM, Google Podcasts and many more. 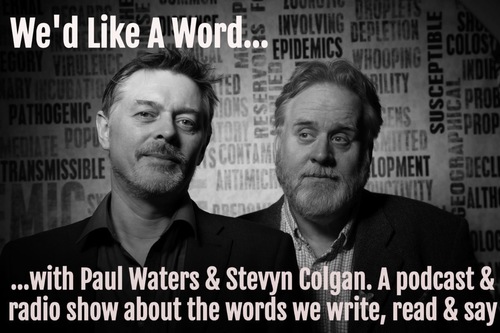