I spent a bit of time signing copies of the book yesterday and they'll be winging their way back to Unbound for distribution very shortly. It looks as if you'll be seeing your books very soon. 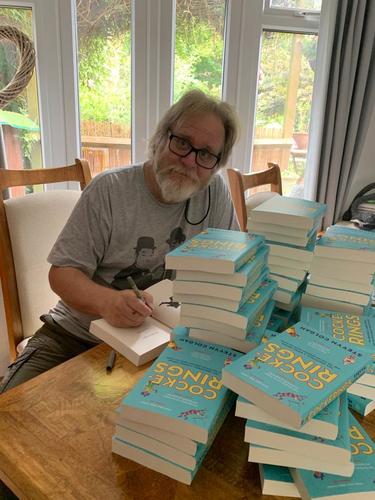 However ... while looking through the books I suddenly noticed a mistake.

It's not Unbound's fault. It's down to me. But it's easily sorted.

If you read A Murder To Die For and/or The Diabolical Club you'll know that I like to pepper my books with 'Easter Eggs' for you to find. In AMTDF I used anagrams of Agatha Christie titles. In TDC I planted names of people and places and references gleaned from classic British comedy films and TV shows.

I've done something similar with Cockerings in that it contains the names of 16 fictional railway stations drawn from film, TV and literature. I also provide a URL in the afterword to where the answers can be found.

But the link won't work because the blog on which it appeared has since been deleted!

As I said previously, aaaargh!

However, as I also said, it's easily fixed. You can find the answers here.

But no peeking until you've had a go at spotting them all!

Two weeks to go to publication day and I can't wait :)