A Birthday Treat and a Big Thank You

Hello all you lovely subscribers.

And THANK YOU! Cockerings is fully funded! 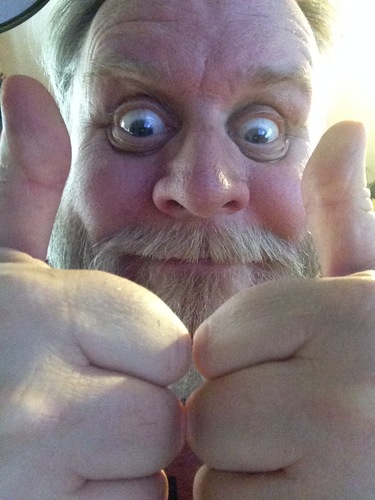 Blimey, what a mad few months we've had since my last update all the way back in March. Truth be told, I pretty much suspended all activity around trying to get Cockerings funded as it felt wrong to be asking people for money at a time when there was so much worry and uncertainty about money and jobs, and fear for the safety of our loved ones that we couldn't be with. But, as August dawned and we started to slowly climb out of the pit of despair I decided the time was right to start asking for pledges once again. And slowly, the percentage started to go up ... 79% ... 81% ... 82% ... and then August 11th arrived. My 59th birthday. And I put out a few pleas on social media to say that all I really wanted for my birthday was to see Cockerings in print before I'm 60!

And people responded! The pledges came flooding in and before you could say 'shortage of PPE', the book had jumped from 83% to 102% funded!

Cockerings is going to happen!

I'm too delighted for words.

As I've said before, it's my favourite of all the books I've written and I think it's the funniest too. It ties up the loose ends from A Murder To Die For and The Diabolical Club (though it works fine as a stand-alone book) and the plot is straight out of the best 1950s and 1960s British comedy films - but with a very 21st century flavour. And I get to be horrible to clowns.

What more could anyone want in a book?

So, once again, thank you for your pledges, especially in these troubled and difficult times.

I hope I'll be able to help you all raise a smile or two and even a chuckle.

We need plenty of those.

Thanks Jason! It's been a labour of love to get this one funded but I'm so glad I have. It's my best work I think :)

Great news, Stevyn! I can’t wait to read the book.

A USA fan says hooray and woot! I'm so looking forward to many good laughs.

Duncan and Carol - Thank you so much! I just read the book through again before submitting it for editing and I laughed. I don't know if that's vanity or validation but, either way, if it makes me laugh (and I wrote it) it should give you a few guffaws too. Thank you for your support - Sx