Welcome to the world of tomorrow!

2020 sounds like the future doesn't it? Or, at least, it does to this child of the Sixties. I'm old enough to have watched the Moon landings, and to have been amazed at the arrival of home computers, mobile phones and the Internet. It sometimes seems like these things have always been here, doesn't it? But they haven't of course. My father died in 1991 - the same year that the World Wide Web went public and he never got to see it - and yet it seems like yesterday. Time plays tricks with us. Do you realise that Come On Eileen by Dexy's Midnight Runners was Number 1 closer to the end of WW2 than to now? Blimey ... 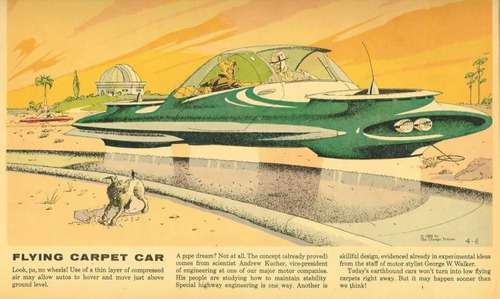 There were many things that the child Colgan thought would be the norm by 2020 ... hover cars, holidays in space, a cure for cancer, robot home help, men (and women) on Mars. But even though that seemed to be the course ahead, things didn't go quite as we thought it would. Which is good in some ways because, back in the Sixties, we thought that everything in the future would be atomic-powered. Luckily, sense prevailed and instead of the Atom Age we're in what m'chum and Unbound colleague Robert Llewellyn calls 'The Battery Age'. It's the huge strides forward in battery tech that's made electric cars possible, along with fully mobile computers in the form of laptops, tablets and smartphones. 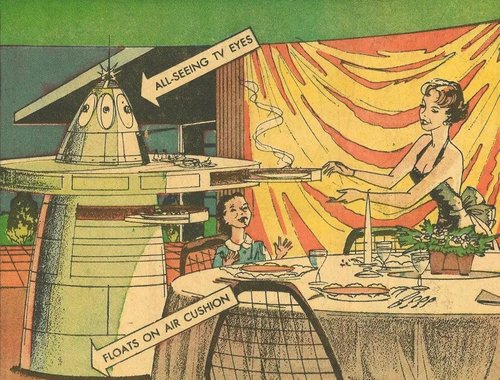 So, what do I see in the future now?

What I'd love to see is Cockerings fully funded and in people's hands.

If you've read any of my previous updates you'll know that this book is very dear to me and has been with me for a very long time. It's only one year younger than the Internet. Okay, so it wasn't a fully-formed novel in 1992 but the idea began there and grew over time (you can read the whole story of its evolution on my blog here) and I'd finished it well before the turn of the Millennium. I then had to put it aside as my writing career took off on a non-fiction trajectory and it was only in 2017 that I returned to it, re-wrote it and pitched it to Unbound. To my delight, they loved it. But, during discussions, I revealed that it was one of a series of books set in the same fictional county of South Herewardshire and had some characters that moved between books. The other books I had either already written or had plotted out were A Murder To Die For, The Diabolical Club, Meet The Whites, Quisty: Adventures in Unorthodox Detection, Rhapsody in Tweed and several others. My editors decided that A Murder To Die For stood the best chance of launching me into the fiction market so it was decided to crowdfund that one first. And it was a good decision. The book sold reasonably well, could be found in every bookshop I went into and was nominated for two awards. The reviews were great too. So then we did The Diabolical Club because it was the logical sequel. Sadly, for whatever reason (let's face it, austerity and the chaos of Brexit were pretty distracting), pledges came in a lot slower for this book so I was forced to lower my funding total and the book never got a release into bookshops, which was disappointing. But it sold merrily online and, like the previous book, also became an audiobook read by the divine Rula Lenska. 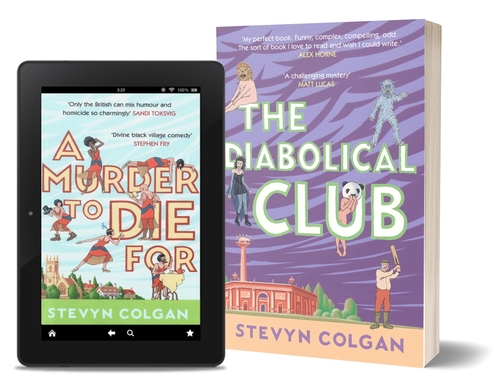 And then, finally, it was the turn of Cockerings. And, I'll admit it, I'm saddened by how slowly it's funding. It's the funniest book I've ever written - not my words (though I agree) but the words of everyone who has read it, including several well-known comedians and comedy writers. I love the book. Unfortunately, like The Diabolical Club, it also won't ever see a bookshop because I've had to set a lower funding total just to give it a chance of getting into print. And, even then, it's taken from June last year to get to the 58% it's at today. Considering the fact that some Unbound books fund in days or even hours, it's soul-destroying watching the percentage creep up at a geriatric snail's pace.

I've done six crowdfunding campaigns with Unbound (or six and a half if you count the fact that I co-wrote Saving Bletchley Park with Dr Sue Black OBE). I love Unbound and all that they do. But every campaign has been slower than the previous one and I suspect that I've hit the wall of people's kindness and generosity towards me. Therefore, I don't think I'll have the energy for a seventh campaign. Cockerings will probably be my Unbound swan song. So it would be lovely to get it done in 2020. The book ties up a few loose ends from the previous two (including what happened to DI Brian Blount after his disastrous investigation in A Murder To Die For) so we can comfortably call it a trilogy and finish things tidily.

Will the other South Herewardshire books ever see the light of day? I hope so. I'm very pleased with them all. However, comic novels are not terribly de rigueur right now and very few are being published (you may recall that the Bollinger Everyman Wodehouse Prize wasn't awarded in 2018 because they couldn't find a new funny book that was good enough). It's tough to get a book deal unless you're a celeb or, at least, a well-known public figure.

But I'll carry on writing them. I can't not.

So have yourselves a brilliant and happy 2020. And if you haven't already subscribed to Cockerings, I'd love it if you would. Or, if you are already a pledger, could you possibly raise your level of pledging, or persuade someone new to pledge? That would be fantastic (tell them that I maim some clowns in this book - that's a selling point, surely?). At the very least, PLEASE send people to this funding page by using your social media presence. It's in your interests too, of course, as you won't get your copy until it's funded.

Thanks for being a supporter and for being a patron of the arts. It's thanks to people like you that people like me get to share the books that we so passionately write.