A celebration of Chichester's theatre by the city's most celebrated author 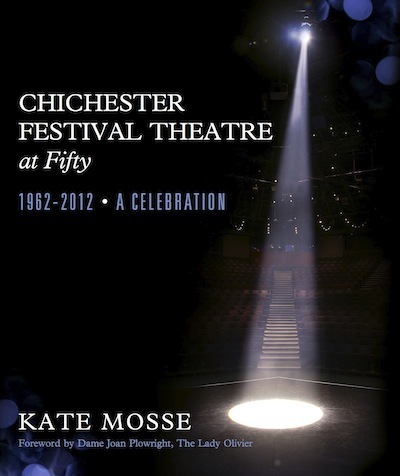 Women
Rewards for this book are not available.

At four minutes to seven on the evening of Tuesday 3rd July 1962, the voice of Laurence Olivier boomed through the foyer of Chichester Festival Theatre asking the first-night audience to take their seats. No one had ever seen a theatre like it – an 'impossible theatre', strikingly modern, concrete and glass, with a vast thrust stage sticking out into the auditorium. And built against all the odds in parkland just outside a small cathedral city in West Sussex.

At seven o'clock, everyone stood for the National Anthem. Then the house lights went down and the opening words of John Fletcher's The Chances were spoken. The CFT story had begun ...

Since then, the roll call of those who’ve played to Chichester reads like a 'Who's Who' of contemporary theatre and film - Ian McKellen, Lauren Bacall, Sam Mendes, Kathleen Turner, Stephen Fry, Derek Jacobi, Joseph Fiennes, John Gielgud, Diana Rigg, just a handful of the world-class actors and actresses who have walked the stage at CFT over the past fifty years. It’s where the National Theatre company was formed while waiting for its new home on London’s South Bank to be ready; it’s where some of the most important contemporary writing has been showcased - from Lucy Prebble’s Enron to David Hare’s South Downs;it’s where careers have been made and confirmed.

Now you, too, can be part of the history of CFT. The international bestselling novelist and playwright, Kate Mosse – a Chichester girl, born and bred - is writing the anniversary book for CFT’s first half century. Chichester Festival Theatre at Fifty is a decade-by-decade celebration, a love letter in words and pictures, based on interviews by many of those who’ve played their part in the enduring success of one of Britain’s most important and best loved theatres.

By pledging your support today, you can see your name printed in the book alongside the great names of stage and screen. You’ll have access to Kate’s shed, be able to keep up-to-date with her progress, and get a taste of dramas on and off the stage, scandals and success, the box office triumphs and one or two productions that didn’t quite come off!

Beautifully designed, it’s the perfect gift book for anyone interested in theatre, film, television. A one-off chance to celebrate the first fifty years of CFT and to look forward to the future.