‘When it feels as if all the good is on my side and all the bad on the other, I know I’ve probably got lost somewhere.’

Others is an anthology of writings celebrating how words, in the hands of brilliant writers, can help us to see the world from other points of view. When there is political upheaval, of the kind we've seen so much of over the last year, there is often a closing of minds. That’s the theme of our profiled author this week, the award-winning journalist and author Will Storr. 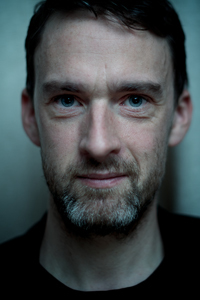 Will is the author of four critically acclaimed books: Will Storr vs the Supernatural, The Hunger and the Howling of Killian Lone, The Heretics and most recently Selfie: How we became so self-obsessed and what it’s doing to us. His writing has appeared in the Guardian and Sunday Times magazines, the New Yorker and Esquire.

I’m interested in ‘othering’ as it manifests as a core part of human psychology. We can very easily fall into the trap of believing that we’re somehow immune from this mode of thinking, but that’s part of its danger. I believe that nobody – no matter what gender, skin colour, social class or whatever – is automatically free of this kind of cognition.

We’re all prejudiced and biased, and the psychological trick that’s played on us is that our biases and prejudices are made largely invisible to us. It feels as if we don’t have any – that we’re the single clear centre of rationality who is surrounded by the wrong. But this, of course, is a delusion – a very ordinary, everyday delusion, but a powerful one nonetheless. One of the major things that drives our bias and prejudice is the fact that we’re all tribal. If we’re to rise above our worst natural/animal instincts, it must begin with this recognition. This is how we achieve and maintain the moral high ground.

I’ve always identified as a left-wing person, but I see this kind of tribal othering on my ‘team’ in, for example, people blaming the Trump vote simply on racism and misogyny – thereby painting them as simplistic, dehumanised baddies. I grew up with the slightly naive idea that ‘othering’ was what the people on the right did, and that one of the things that defined the left was our recognition that this kind of thinking was dangerous and wrong. But it seems to be slipping for many of us.

I’d like to make a psychological argument that we need to be on the lookout for our own tribal weak spots. For me, one simple way of checking is this: when it feels as if all the good is on my side and all the bad on the other, I know I’ve probably got lost somewhere. The truth is rarely that simple. High emotion and blistering anger are further warning signs – they mean the thing I’m relying on to do my thinking for me isn’t in a trustworthy state.

Will’s book Selfie has just been published in the UK by Picador, and it's been getting some well-deserved raves. Steven Poole in the Guardian called it ‘thoughtful’, ‘engaging’ and ‘wonderfully funny’. You can read an extract from the book in the Guardian magazine.

I’ll be profiling Will’s work some more over the next week or so. You can find him on Twitter as @wstorr and at his website.

Others needs your support. Without more pledges the book won’t happen. If you believe in what we’re doing, please pledge by clicking on the links to the right. And please persuade others to do the same. Thank you! 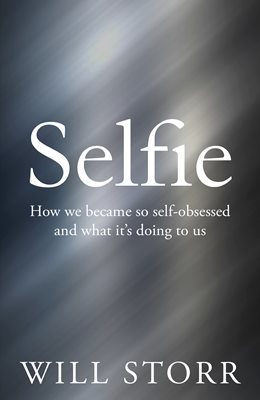