‘We need a space for others to share their stories, a chance to be seen and heard on our terms.’

Thanks for supporting Others. We’re here to celebrate how books and writing can free us to imagine other points of view: whether it’s a novelist giving voice to the voiceless, a poet bringing alive a moment of consciousness we might not otherwise have experienced, or an essayist examining the many ways in which people can be strange to each other.

We’re crowdfunded, so we need you and all your friends to pledge support for the book. Nothing happens without the commitment and generosity of our supporters.

I’m blown away by the quality of the writing that has already come my way. The line-up is not yet finalised, and new contributors will be joining us over the next few weeks. Today I’m thrilled to announce a new addition to our line-up, the writer and journalist Damian Barr. 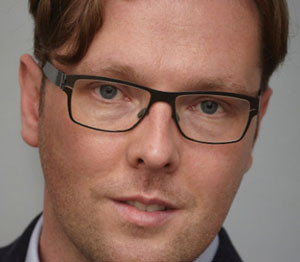 Damian is well known for his broadcasting and hosting of Damian Barr’s Literary Salon, currently housed at the Savoy Hotel. His memoir, Maggie & Me, is a tender and hilarious account of a small-town childhood in Scotland during the Thatcher era. It was a BBC Radio 4 Book of the Week and a Sunday Times Memoir of the Year, and won prizes including the Paddy Power Political Books Satire Award and Stonewall Writer of the Year. Damian’s first novel is called You Will Be Safe Here and it will be published by Bloomsbury in 2018. A novel in two connected parts, each set in South Africa and based on real events, it uncovers a hidden colonial history and reveals a contemporary secret.

‘Others is a manifesto for the moment we live in and I am proud to have a story in it. Books are the building blocks of empathy and this one will be full of stories which explicitly address the experience and identity of others. As fault lines become fractures in the wake of Brexit, as Trump pumps his hate around the 24-hour news cycle, as the DUP take their hate to Parliament, we need a space for others to share their stories, a chance to be seen and heard on our terms.

Frankly, I am raging. I feel we are having to refight battles that should stay won – a woman’s right to choose, equal marriage, basic care for our elderly, support for our young people, safety and dignity for our differently able citizens… Progress is not linear and we are forced to fight many battles on many fronts. But we mustn’t be discouraged… we must see what binds us together – the basic human qualities, the currency of kindness and of love and of hope…’

I’ll be profiling Damian’s work some more over the next week, as part of our Author of the Week promotion. You can find Damian on Twitter as @Damian_Barr.

Others needs your support. We are nearly a quarter of the way to being funded but there is a long way to go. Without more pledges the book won’t happen. Please pass this update on to anyone you think might be interested. If you believe in what we’re doing, please pledge and persuade others to do the same. Thank you! 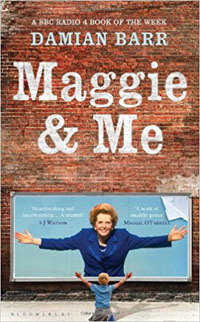