Twelve Days of Others #5: From 'Sounds of Blackness' by Colin Grant 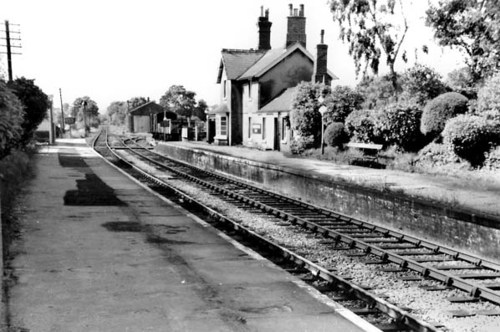 For this excerpt, I had in mind the parable of Peter denying Christ three times before the cock crowed. It seemed a fitting segment for Twelve Days of Others.

‘These West Indians make an awful racket, don’t they,’ said the commuter half turning towards me. I was surprised by his intervention. We had stood isolated from each other on an otherwise empty platform at Harpenden, a leafy suburban village, one stop up the train line from Luton where I lived. Granted it was dark and, aged eleven, I was in my private school uniform, but surely he could see that I, too, was black and probably of West Indian origin. He sighed at the porters in their cubby-hole at the end of the platform. Oblivious to his disapproval, they continued their game of dominoes.

Although no offensive words were uttered by the commuter, I detected a racial element in his antipathy to the men who could have been my uncles or at least peers of my father. He had been quite proper in his use of language but though he had simply said “West Indians” he’d managed to convey something entirely different. The term “West Indians” had been a proxy for an unnamed and unknowable word. I said nothing and forty years on I still carry a sense of guilt for that silence.

(Image by John Mann on Disused-Stations.org.uk.)

Colin will be contributing the full version of this new piece to Others, an anthology celebrating how writers and writing can help us to see the world from other points of view. Read more from our contributors (including the rest of the Twelve Days of Others sequence) here. Please pledge your support now, and help us to raise funds against hatred.