Twelve Days of Others #1: 'Stars' by Gillian Allnutt 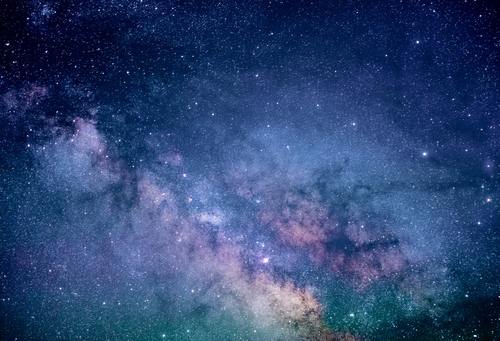 There are those who have not fled shame

the dark of the moon, as absence, abstinence, is home.

In shoals, in sheols, they will come

An August night, clear and dark, in the Golden Valley near the Anglo-Welsh border – and I notice the stars and the number and anonymity of them.

Though it is 2014 and still a year before refugees from Africa and the Middle East will begin arriving on the shores of Greece and Italy in sufficient numbers to become a 'crisis' in the mind of Europe, I have already worked for two or three years with asylum seekers in the North East of England. I've had a chance to think about what it means to work with people who arrive in the UK usually with very little other than the human ways of the more traditional and spiritual societies they have come from and the suffering they have undergone – and a mobile phone. I've thought a lot about how they've fed my hunger for the spiritual in the bland and pleasant land of the UK in which we find ourselves today and about how grateful I am for that. And I've thought about how I had to learn to use my mobile phone in order, sometimes, to communicate with them and about how grateful I am for that too.

I have been thinking about anonymity for a long time. For me, it can have a positive or a negative value. It can be as nameless as an asylum seeker or a refugee or an economic migrant, not speaking my language, not knowing my ways and inspiring me with fear, especially if it comes in a great crowd. Or it can be as nameless – paradoxically – as the deepest, most intimate place in myself, the place I almost never reach in meditation, the place I think the poet Yeats meant in his phrase 'the deep heart's core'. Anonymity is both the place before and the place after individuality. As the place after it can be full of joy and beautiful.

Shame: I suspect that if you have not known shame then you will not have known the give and take of love.

Sheol is the Hebrew name of the land of the dead. It's not like Hell, it's more like the Ancient Greek idea of where the dead go, being dark and cold and full of shadows, and you can't come back from it. I have heard it suggested that Sheol is a metaphor for life on earth, that it is here and now.

Shalom means 'Peace' or 'Peace be with you' and is again a Hebrew word.

Gillian will be contributing new poems to Others, an anthology celebrating how writers and writing can help us to see the world from other points of view. Read more about her contribution here. Please pledge your support now, and help us to raise funds against hatred.