‘To some people, at some points, in some places, everyone is an other.’

Over the next few weeks, I’m going to be showcasing some of the writers who are already lined up to contribute to Others. First up is an outstanding voice in British poetry, Rishi Dastidar. Rishi has been described (by none other than Daljit Nagra) as ‘one of the most ingenious, modern, thrilling, hilarious and tender poets writing today’. With cool wit, exhilarating invention and sheer verbal brilliance, Rishi’s writing shows us unsettling truths about the distances between people, whether they're the social divisions exposed in ‘Diagnosis: Londonism’ or the more structural ones of big business entertainment in ‘We Are Premier League’. Rishi’s marvellous ‘A Leopard Parses His Concern’ shows how he can tackle these issues with great humour as well. 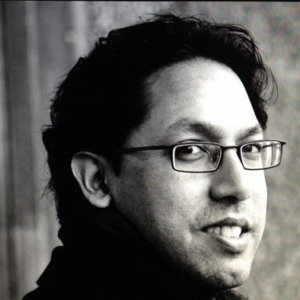 Why does Others excite me?

Well, maybe a little anecdote from last week makes the point. On Tuesday morning, I got on board the Tube at my local station. Nothing remarkable about that. Apart from the fact that all the seats around me remained empty. During rush hour? Odd that.

Now, I jest a little – London being what it is, and public transport being what it is, pretty quickly the desire for a seat trumped any fear that someone might have that I might be a murderous goon. And so, by Wednesday, things were back to normal.

I hope my piece in the book will… well, I was going to say answer some of these issues, but I don’t think that’s likely. More realistically, start to elucidate some of them – especially that notion that, while most people don’t want to be an ‘other’, sometimes that is inescapable. And also the city as an engine for making the strange familiar, the other one of us.

Even if they don’t want to sit next to you on the Tube.

Rishi’s superb first collection, Ticker-tape, has been described as ‘seething in tingly wit and pushing at the outer edges of what is possible in poetry’. It’s out now from Nine Arches Press. You can find Rishi on Twitter as @BetaRish. I’ll be tweeting some more about his work over the course of the week. 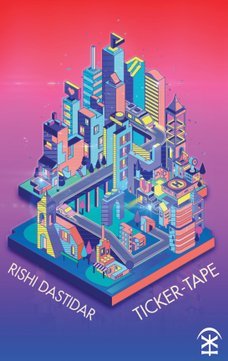 I for one can’t wait to see how Rishi will tackle the themes of Others. Thanks for your support. Please help us to spread the word and get this project funded.