Thanks for supporting Others!

You’ll know what this is all about by now: a fantastic group of writers celebrating how words can help us to see the world as others see it.

You’ll also know that proceeds from the book will be going to two very worthy causes. Stop Hate UK works to challenge all forms of hate crime and discrimination, and runs a 24-hour helpline for reporting it. Refugee Action supports people fleeing from some of the world’s worst regimes to build new lives in the UK.

What can you expect from the book? Sometimes the theme will be the brutal consequences of intolerance and hatred, as in one shattering story of a racist hate crime. Other pieces will explore the quieter forms of otherness that go with deafness, disability and mental distress. Our failure to stand in other pairs of shoes is most catastrophic when it goes with imbalances of power. But great writing can also illuminate ordinary kinds of otherness, by taking us into points of view we might not otherwise have been able to enter: those moments when, thanks to the magic of words, people are less strange to each other, or when we see something of the strangeness of our own selves.

Over the next few weeks I’ll be updating you about the variety of contributions you can expect. I’m also going to be profiling the brilliant writers who are already signed up, and announcing some new contributors.

Speaking of which, I’m excited to announce here that the celebrated writer Peter Ho Davies will be joining the Others line-up. Winner of the John Llewellyn Rhys prize and a Guggenheim fellowship, Peter is known for his short story collections The Ugliest House in the World and Equal Love, and his novels The Welsh Girl and The Fortunes (a New York Times Notable Book of the Year). I'm thrilled to have Peter's voice in this book. There will be other additions to the line-up in the next few weeks. 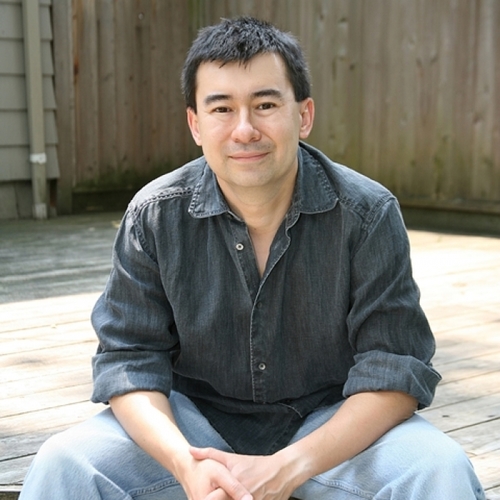 Crowdfunding a book is always a challenge. It’s a great model with a long history, and Unbound have brought some brilliant books into the world. But it’s still an unfamiliar idea to many. When I was crowdfunding my last novel, A Box of Birds, lots of people would say: ‘Great idea! I’ll get it when it comes out.’ It doesn’t work like that, of course. Without the support now, the book will never happen.

You’re here because you believe in this idea. Please help to spread the word and get this project funded. Pass this update on, any way you can. Let’s start talking about the extraordinary power of literature to chart the spaces between us.