'Solidarity is not discovered by reflection but created. It is created by increasing our sensitivity to the particular details of pain and humiliation of other, unfamiliar sorts of people.'

‘Writers help us imagine.’ I’ve been doing a fair bit of tweeting to try to pique people’s interest in Others, and that’s been a nice short slogan for the different ways in which our contributors will be showing how words and writing can take us into the perspectives of other people.

One writer who has really engaged with that idea is the bestselling novelist Louise Doughty. Louise has been in the public eye recently for her brilliant psychological thriller Apple Tree Yard, which was adapted as a popular BBC One drama starring Emily Watson. Louise has published eight novels and had five radio plays broadcast, along with publishing one work of non-fiction, A Novel in a Year. She is currently raising funds for a scholarship for BAME students to study the famous MA in Creative Writing course at the University of East Anglia – a course she did herself in the 1980s and one she credits with helping her become a professional writer (there's more info on Louise's fund-raising campaign here). I'm delighted she will be contributing to Others. 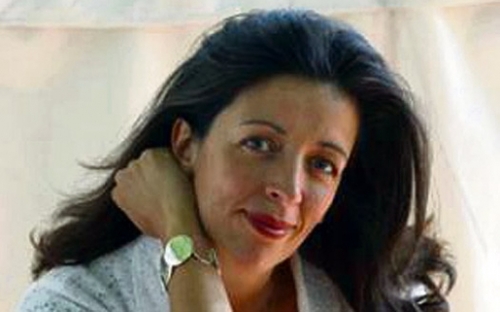 There are some parts of a novelist’s job that are pure joy: typing out the title page – playing around with the font a little, deciding whether to CAPITALISE it or do it in bold, or maybe even BOTH. Another really good bit is typing, 'The End'. I like that bit a lot.

In between, there are small pleasures such as deciding a quotation to go in front of your work, one of the few times when a novelist can legitimately borrow something from another writer who puts it much better and bask in the reflected glory. When I wrote my fourth novel, Fires in the Dark, about the persecution and mass murder of the Roma people during the Second World War, I chose two quotes: one from Primo Levi, and the second from the American liberal philosopher Richard Rorty: 'Solidarity is not discovered by reflection but created. It is created by increasing our sensitivity to the particular details of pain and humiliation of other, unfamiliar sorts of people.'

Other, unfamiliar sorts of people: it isn’t difficult, really, is it? When we look at someone who seems different from us, we need to use our imaginations a bit. That way, we realise that their pains and humiliations are actually very similar to our own. Rorty goes on to say that what is important is to think of other people not by using our intellect but by our imagination, and adds that novels and plays and TV dramas have, in that sense, ‘replaced the treatise and the sermon as the principle vehicles of moral change and progress’. It’s a large claim for any novelist to make and I certainly wouldn’t be so grandiose as to make it on my own behalf – although I’m awfully happy to have Rorty make it. But it does go to the heart of why I write, and why I wrote Fires in the Dark and Stone Cradle, my two Romany novels, and later, Black Water, about the massacres in Indonesia in 1965. I do believe that the creative arts have an important role to play in helping people make that imaginative leap: someone who looks different from me, someone unfamiliar or other – guess what, their feeling, their anxieties and joys, they are just like mine.

That’s also why the Others anthology is so important and why I’m happy to contribute to it. Whether it is in fiction or non-fiction, it is surely beholden to all of us who have the great privilege of having a public voice as writers to continue to state the obvious: before we judge ‘others’, all we have to do is engage our brains, and particularly the imaginative parts of them.

Others has had a huge amount of support already, but it needs more. If you are a supporter, please help us to find more pledges. If not, you can help to make this book happen from as little as £10. If you're not sure, and want to find out more about what's going to be in the book, click the Updates tab and read what some of our contributors have been saying. If you have already pledged support and would like to increase your donation, just go to your account page and hit the Donate button. The writers are hard at work on their pieces; I can't wait for you to see them.