Our question in this project is quite simple: how, why and under what conditions do writers try to enter the perspectives of others? If they didn’t, we would have no Underground Railroad or Mrs Dalloway. But what are the risks and pitfalls? How do writers pull off this trick?

You’re reading this because you’re interested in the idea. I'm pleased to say that more than two hundred people feel the same. You’ll see, in fact, that the project is close to being 50% funded. So here’s a thought: if everyone who has already pledged for the book (that is, everyone receiving this update) persuaded one other person to contribute, we would be across the line. Please help with this if you can. We’re against hatred, but first we have to be against indifference. You can see who has already pledged support to the book here.

Every few weeks I’m profiling one of the brilliant authors who has agreed to contribute to the anthology. Gillian Allnutt is a poet of considerable stature. Twice shortlisted for the T. S. Eliot Prize, she was the recent winner of the prestigious Queen’s Gold Medal for Poetry, presented by the Queen in February this year. She won the Northern Rock Foundation Writer's Award in 2005 and received a Cholmondeley Award in 2010. Her latest collection is indwelling, published by Bloodaxe Books. In 2009/10 Gillian held a writing residency with The Medical Foundation for the Care of Victims of Torture (now Freedom From Torture), working with asylum seekers in Newcastle and Stockton. It is this experience, more than any other, that has made her eager to be part of this project. 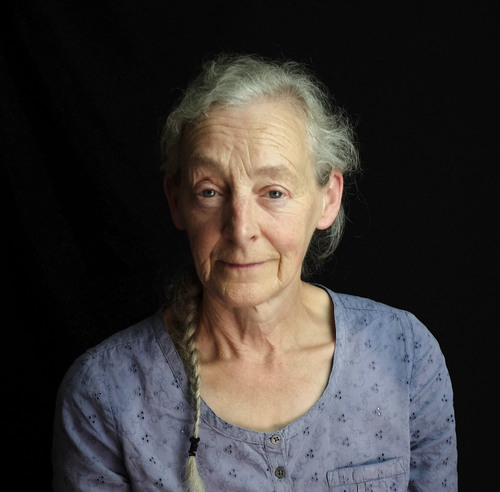 I’m delighted that Gillian will be contributing several poems to the anthology. This is what she says about one of her poems, ‘Stars’.

I have been thinking about anonymity for a long time. For me, it can have a positive or a negative value. It can be as nameless as an asylum seeker or a refugee or an economic migrant, not speaking my language, not knowing my ways and inspiring me with fear, especially if it comes in a great crowd. Or it can be as nameless – paradoxically – as the deepest, most intimate place in myself, the place I almost never reach in meditation, the place I think the poet Yeats meant in his phrase 'the deep heart's core'. Anonymity is both the place before and the place after individuality. As the place after it can be full of joy and beautiful.

I’ll be talking to Gillian about Others, along with fellow contributor Will Storr, at this event in Durham this weekend. I’ll be giving out a promo code towards a discount on a pledge to those who come along to the event.

Thank you, as ever, for your support.