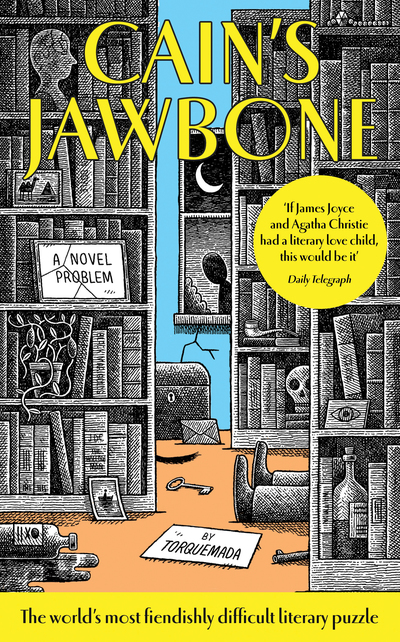 A paperback edition of the world's most difficult literary puzzle

'If James Joyce and Agatha Christie had a literary love child, this would be it' Daily Telegraph

'A unique hybrid of word puzzle and whodunnit' Literary Review

Six murders. One hundred pages. Millions of possible combinations… but only one is correct. Can you solve Torquemada’s murder mystery?

In 1934, the Observer’s cryptic crossword compiler, Edward Powys Mathers (aka Torquemada), released a novel that was simultaneously a murder mystery and the most fiendishly difficult literary puzzle ever written.

The pages have been printed in an entirely haphazard order, but it is possible – through logic and intelligent reading – to sort the pages into the only correct order, revealing six murder victims and their respective murderers.

Only three puzzlers have ever solved the mystery of Cain’s Jawbone: do you have what it takes to join their ranks?

Please note: this puzzle is extremely difficult and not for the faint-hearted.