Cain's Jawbone is now 60% funded thanks to your support and enthusiasm for bringing this 'vintage murder mystery' back to life.

Thanks to The Guardian archive for the digital scans of the solution of the first 'Feeler' crossword by Torquemada (Edward Powys Mathers). Though the puzzles are timeless, the type however was not and is, by contemporary standards, somewhat illegible. We have transcribed the puzzle and solution as best we can but a couple of errors crept in. Please see below.

In our previous post the clue to 22 across was misnumbered in the original as 23 across - not our fault.

Who were the first successful solvers of Crossword number one?

They were:
H.E. Foster of The Moorings,  Hewferry Road,  Northwood, Middlesex. (We have discovered that this is the house used in the TV sitcom The Good Life.)

We will be very happy to hear from any living relatives.

Which leads us to naming the two (only two) successful solvers of Cain's Jawbone. 'Mr W.S. Kennedy and Mr S. Sydney-Turner who both sent in correct solutions on the very same day. The former, being opened the first, received the prize of £25, and the latter accepted a special consolation cheque given by Mr. Victor Gollancz. Four other competitors had only one mistake.

"Lots of fun, very fair, very hard," epitomises the judgment of some hundreds of competitors.'

W.S. Kennedy has not been easy to track down but believe that it may be a gentleman by the name of William S Kennedy who was a member of the Stage Society. Born in 1878, he was a writer and a critic and after holding the position of Treasurer he became Chairman of that august society. He died in 1957 and thereby qualifies as being able to have submitted a correct answer. If you can think of a more suitable candidiate please let us know.

Saxon Arnold Sydney-Turner is a different kettle of cruciverbalist and we are pretty sure he is the S. Sydney-Turner who is referred to in The Observer as having been awarded the 'consolation prize'.

We first encounter him as one lurking behind the scissor-wielding Vanessa Bell who is attempting to give Lytton Strachey a trim. 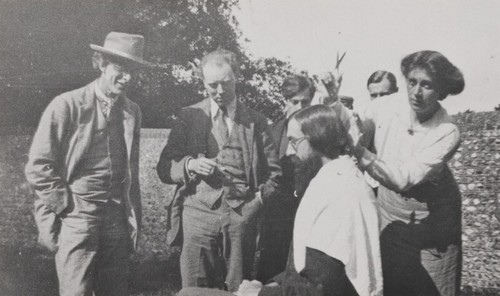 In the photograph beneath, we make our second encounter with S. A. S-T. with his Bloomsbury pals. He can be glimpsed between Dora Carrington and Ralph Partridge, wholly immersed in what could possibly be the very Torquemada puzzle that was to win him lasting fame. 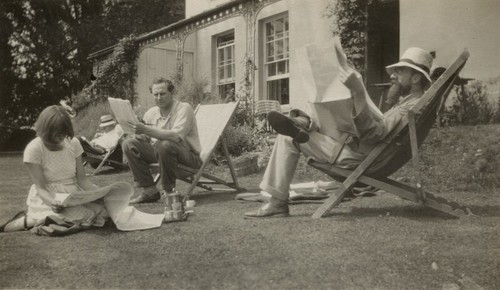 In our third image of Sydney-Turner, sourced from the National Portrait Gallery archive, we finally get a better measure of the man. Here he sits with Barbara Bagenal (née Hiles), who seems to have taken over the solving for now. Barbara was possibly his only love but she married Thomas Bagenal. Leonard Woolf said of Sydney-Turner that he was "an eccentric in the best English tradition who wrote elegant verse and music and possessed an extraordinary supple, and enigmatic mind." 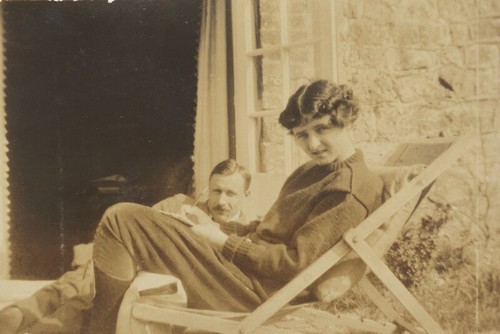 More glimpses into the world of crosswords, art and hair-dressing soon.