You've seen the TikTok, but have you bought the box to solve the ultimate Novel Problem? 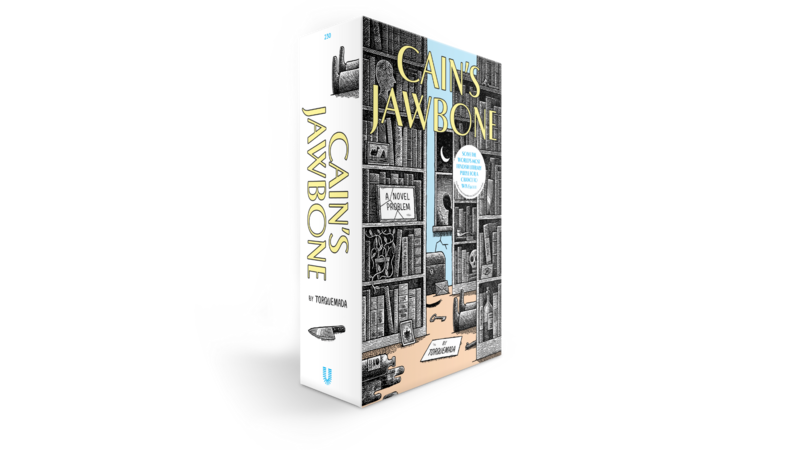 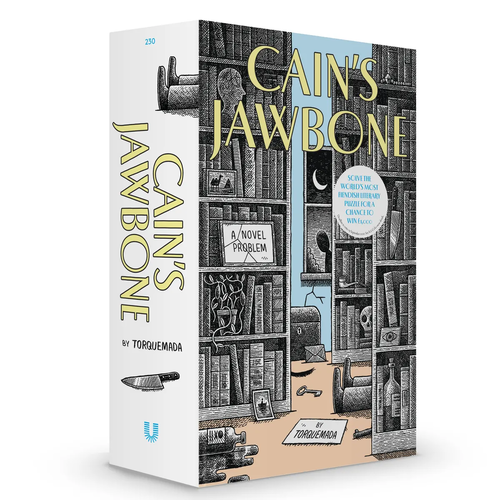 You and your friend can be a pair of sleuths - and team up to solve Cain's Jawbone together!

Until the box reaches 100% funded we will not have a delivery date. As the boxes require a long production time Christmas 2022 delivery is unlikely

If James Joyce and Agatha Christie had a literary lovechild, this would be it.  Daily Telegraph

A unique hybrid of word puzzle and whodunnit.  Literary Review

Cain’s Jawbone is a 100 page whodunnit in which six people die. To find out who killed them, the reader must re-arrange the book’s pages in the correct order. There is only one solution. To date, only three people have ever found it.

In 1934, The Observer’s crossword writer, Edward Powys Mathers, wrote a unique novel Cain’s Jawbone, published by Gollancz. The title, referring to the first recorded murder weapon, was written under his pen name Torquemada. The story was not only a murder mystery but one of the hardest and most beguiling word puzzles ever published and was only solved by two puzzlers whose names were later revealed in The Observer - but the solution to the problem remained a secret.

In 2017, the Laurence Sterne Trust (who after many months of research and good fortune had managed to unlock the secret of Cain’s Jawbone) partnered with Unbound to revive Torquemada’s challenge and Cain’s Jawbone was reissued as a box of 100 cards. A prize of £1,000 was offered, with a closing date of 19 September 2020. Astonishingly, there was a correct entry and the comedy writer and puzzle fiend John Finnemore claimed the prize.

The paperback was re-released in 2021 and became a viral senstation with over one hundred thousand copies sold worldwide, and to date is being translated into eight different languages.

In this specially customised box are one hundred cards of individual pages from the book, sorted in an entirely haphazard order. Through logic and intelligent reading, you can sort the cards into the only correct solution to reveal the six murder victims - and their respective murderers.

This beautifully bound package is the ultimate gift for the detective in your life or a brilliant collectable for yourself, if you're brave enough to attempt this notoriously difficult puzzle.

Can't wait for the box?  Purchase a copy of the paperback edition here.

You and your friend can be a pair of sleuths - and team up to solve Cain's Jawbone together!

Choose this reward
View all 2 rewards