Owen Treadwell has a bad habit of focusing on his past. Soon it will be time for him to finally focus on his future 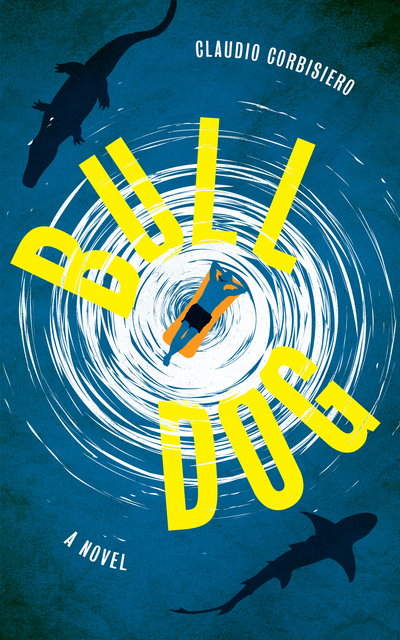 Fiction
You made Bulldog a reality. It's available in all good book stores now.
$8
16 pledges

1st edition paperback, ebook edition and your name in the list of Super Patrons in the front of the book.
$60  + shipping
12 pledges

A playlist complied for Owen by his friend Tiago Duarte for him to listen to on his trip shared with you on Spotify plus everything at the Super Patron Paperback level.
$115  + shipping
2 pledges

5 copies of the 1st edition Super Patron paperback and the ebook edition and your name in the list of Super Patrons in the front of the book.
$150  + shipping
15 pledges

A bottle of Portobello Road gin crafted personally by the author plus everything at the Super Patron Paperback level.
$190  + shipping
3 pledges

Discuss Bulldog at a live book club with the author and plenty of wine, plus 5 x everything at the Super Patron Paperback level.
$375  + shipping
1 pledge

Owen Treadwell is lazy, vain, a coward made a millionaire by a one-off act of brilliance in his childhood, who reaches thirty-four years old to find that he has never made a firm decision in his life. Guided by chance, he flies to a remote Pacific island to escape his living room, his limitations, and, most of all, his high-flying corporate lawyer girlfriend.

Once there, he dabbles in the island’s paradise, and then he is drawn to the island’s other visitors – people just like him: deluded, idealistic, self absorbed - who frustrate and fascinate him until he snaps. A local family on the island take a shine to him. They invite him into their home to share in a bereavement they have suffered, and Owen cannot fathom why. Perplexing him also is the agenda of the promiscuous and athletic alpha male, Ledley, who claims that he will be joining a Benedictine monastery on his return home. Throw in the Girl in the Green Bikini, and Megan, who can pull off the best impression of a German duck (“Qvark”) and Owen finds his fidelity increasingly tested.

Music is also beginning to have an effect on him; music that is inexplicable yet somehow deeply moving. His girlfriend’s twin brother Malakye has a score to settle with him as soon as he gets back home. His inheritance is dwindling. He wants to remain just where he is but feels the urge to make a terrible mistake. And then there is the issue of the killer sea creature patrolling the island’s waters. Will he have to remain on the island indefinitely because of the creature’s threat, or can he simply up and leave, a different person, completely of his own accord?

Bulldog is a tale of trading on your former glories, of embracing life’s complexities and learning finally how to confront what’s right in front of you. It’s a tale of growing up, of facing your imperfections, and of learning how to live outside yourself. It’s about the self imposed difficulties of travelling from A to B and it is a tale about those who refuse to accept the simple, recommended path in life.