The Long, Long Road to Wembley

One man's obsession with seeing his beloved non-league football team play at Wembley.

I was feeling increasingly confident that reaching Wembley wasn’t an impossible dream. The Amateur Cup was usually won by a team from the Isthmian League. Last season it was Leytonstone, before that Enfield, and before that Wealdstone. Plus, I knew I had time on my side for my ambition to be realised. I was only thirteen and, according to a science documentary someone at school had told me about, people of our age would live to around 130. Technology was so advanced that someone in South Africa had recently had a heart transplant operation.

The realisation that I would have 117 years to see Bromley at Wembley filled me with confidence. The chances were good. And this wasn’t the only reason I was excited about the future. As was the case with so many people, the forthcoming Apollo 8 mission circling the moon had captured my imagination. And In anticipation of further space exploration I’d introduced a Martian Subbuteo team, by painting the players green - all eight of them. The rest had either been broken through being trodden on or accidentally thrown away.

I got around this discrepancy by creating a scenario in which FIFA chairman, Sir Stanley Rous, decreed that because of their superior physical attributes and ability to never get out of breath at high altitude (the next World Cup was being played in the rarified air of Mexico), Martians had to play with eight players. It turned out to be a calamitous error in judgement, as the green men lost every game heavily, usually to England with Bromley’s Alan Stonebridge contributing 15-20 goals every time. The World Cup was now the Intergalactic Cup, with the final played at Wembley, obviously. Most of my fantasies seem to revolve around Wembley. 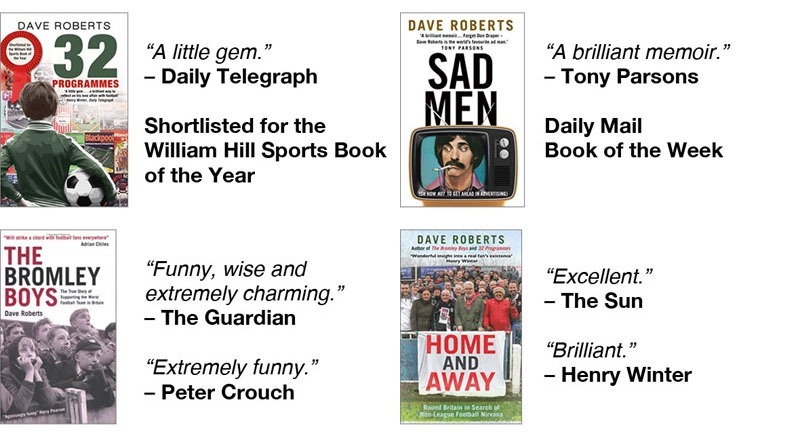 A copy of the book with your name in the back as a supporter, plus a copy of the ebook.
£55  + shipping
31 pledges 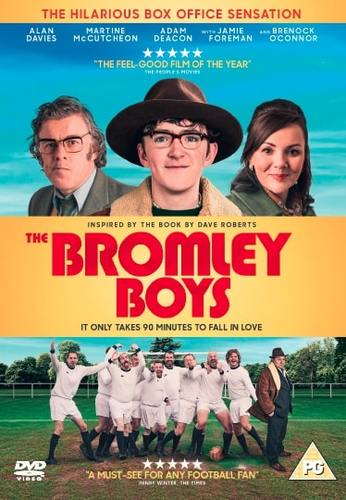