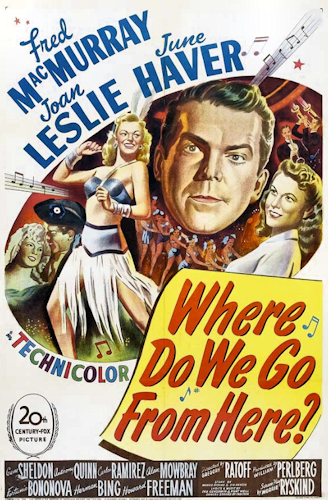 It is best to give a book a working title and then finalise it when it’s done. But to crowdfund I have to pre-announce a title and it feels definitive. This has caused me grief. My original long synopsis I called The Work of Fools. This was lifted from a great protest banner after the referendum, which quoted the full line from Patti Smith’s The People have the Power. I liked it as a title. But the book’s purpose is also forward looking. What’s the strategy to get out of the hole of Brexit and the surrounding crisis that led us into it? That was the work of fools (on all sides, Remain as much as Leave) but how to overcome it became my purpose as much as accounting for why it happened.

So I looked for a simple description of what I’m doing and the book became Where do we go from here? I soon discovered that this was the title of a call to arms by Martin Luther King. I found this inspiring. Also, it’s the title of a book on life after death! That was less inspiring. And there was a 1945 movie. Has anyone ever seen it?

My planning developed and I realised I was not asking a question but intending to answer it. So I dropped the question mark. The book became Where We Go From Here.

This had two problems. First, it assumes a ‘we’ but these are fractious times. And I’m keen not to evade the importance of national differences. So the ‘we’ didn’t have enough focus or traction. Second, it is vague and hard to remember. Would you go into a bookshop and ask for a book called this? It sounds as if you have already forgotten the title! I imagined someone going into a shop and saying, “I’m looking for a book on Brexit called something like, “Where is this book going?” or worse, What Is This Book Called?”

But that is how it went forward and onto the Unbound site. Then, the day before we launched, I sent an email about it to a friend who loves concision and put 'What Next' into the subject line. It did not have a question mark. “That’s it!” I thought, that’s the title. Next and Brexit may not rhyme, but there is a consonance of X’s (if that’s the right term). It is “snappy” as Unbound’s John Mitchinson would say and it has a sense of purpose. There is also the overtone of exclamation as in ‘Whatever next!’ Most important, it commits me to sketching a roadmap of the way forward and it does not play the blame game, whose ghastly harmonics currently fill the air.

I googled for competition. There was a book about the future of the globe etc. by Chris Patten called What Next? The future of the world etc. but it has the dreaded question mark (and is still selling 100 copies a year, I'm told). And there are lots of What Next for… this, that, you name it and the Labour Party. But no plain and simple What Next

So WHAT NEXT it is… unless you can think of something better. Meanwhile, I’m trying to find the time to stop crowdfunding – hint to spread the word - so as to write it.

As a US citizen we currently have our own upsetting political issues, but as I was in the UK with relatives (all on the remain side) during the vote, was saddened to see that the US may well have also exported dystopian political rhetoric as well as McDonalds. So sorry. Still the headline that hit home the most (as I am 68) was "Grandma what have you done?" Motivated me to go work for progressive reform! Good luck UK!