Lies in Politics: Was Cameron just bad at being Machiavellian? Or is something new taking place? 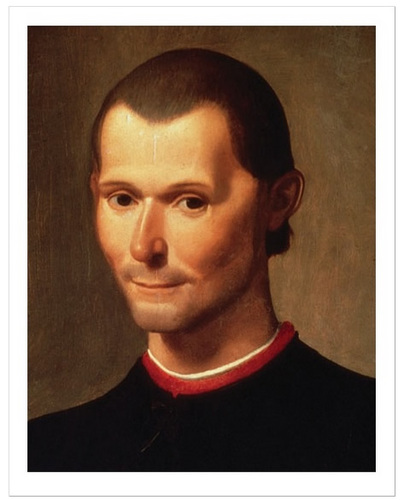 I’ve been told that when pre-orders pass 75%, it’s time for a report to all my backers so far. In the first part of WHAT NEXT I’ll look at how people have responded to the referendum outcome. This has led me to reflect on lies in public life. Are they getting worse? Have we entered a ‘post-truth’ era as it is claimed?

I’ve a specific starting point: the sheer venom of many on the Remain side directed at the lies of the Brexiteers for having won the vote fraudulently. Yes, they lied. Emphasising this aspect of Brexit, however, can imply that the Remain side was honest. True, vote Leave was more cunning in its deceit, but I’ll argue that the government with its greater power and authority was the more profoundly fraudulent – and it set the terms.

For example, before he even called for a referendum, there was a key moment when Cameron echoed the way Blair told President Bush privately he would make sure the UK supported an invasion of Iraq but did not say this to parliament. In November 2012, Prime Minister Cameron told  Chancellor Merkel in Downing Street how he planned to call for a referendum but that he was utterly committed to staying in the EU. He then explained to her that he would not tell the voters how strongly he felt, but would instead assure them it would be OK if they chose to leave. Just like Blair and Iraq, Cameron ‘spun’ the referendum with falsehood from the start.

Since Machiavelli, there has been a secular argument for the necessity of deceit as an instrument of rule. The Florentine understood that claims of religious, royal and dynastic legitimacy could not be relied upon to generate and renew loyalty; rulers needed to exercise calculation as well. Was Cameron just very bad at being Machiavellian? Or is something new really taking place?

I’m not convinced we are in a ‘post-truth’ era. Partly because the concept seems to presume that politics was previously a form of rational behaviour based on factual calculations. Be that as it may, there are three ways in which the early twenty-first century might be seen as ‘post-truth’.

First, to go back to the Iraq war, Blair’s approach was defined by President Bush’s advisor Karl Rove. He scorned the New Yorker (and people like myself) as belonging to “the reality community”. “We're an empire now”, Rove claimed, “when we act, we create our own reality”. But Rove’s stark claim was enabled by the belligerent malevolence of Bush’s tabloid media supporters including Fox TV; and this is also a tradition that goes back to the end of the 19th century, with the birth of yellow journalism and the Spanish-American war.

Second, neoliberalism: today’s dominant economic policy denies that it is a policy. Instead, it counterfeits itself as an expression of the market to which ‘there is no alternative’. To demystify the dishonesty of this is different from saying that austerity is wrong or that globalisation is being mismanaged. It concerns economic policy being a conscious masquerade. Neoliberalism has dishonesty and lack of responsibility built into it - it's systemic and central in a way it was not under Keynesianism.

Third, there is the rise of data to replace facts, as argued by Will Davies of Goldsmiths (and a subscriber to WHAT NEXT), whose brilliant blogs led to a summary of his argument in the New York Times. Big data may allow our rulers to track sentiment, i.e. what different segments of the public are feeling, and to respond accordingly, by-passing engagement with the reality of actual problems altogether.

For all this I’m unconvinced that we have entered a ‘post-truth’ era, if by this we mean realities no longer matter in the way they did. Rather, so far as the UK is concerned, I think that a political system, which historically was relatively honourable and principled, has been corrupted. Just as the City’s ‘gentlemanly capitalism’ was both efficient and profitable in its heyday but degenerated into post-war complacency and was then blown up by greedy maximisers after Thatcher’s ‘Big Bang’ in 1987, so its Westminster counter-part was wrecked in a longer parallel process which ended up with the MPs expenses scandal in 2009 – that fed into the rise of UKIP.

The Brexit referendum from beginning to end was a dishonest, contrived and rotten on both sides, with each defining its approach via focus groups. It takes a dishonest system to permit a country to be governed in such a way. In asking why this has come about there is another important question: are the British as a whole as delusional as their political masters? I’d say not. Relatively speaking, I think the different publics of the UK are not enamoured of lies and pefer to act with integrity, compared to some other countries at least (I leave you to name them).

One of the many tragedies of the referendum was that only the Leave side successfully appealed to people’s sense of self-belief and self-worth. Michael Gove’s now notorious claim that, “The people of this country have had enough of experts”  followed on from his saying, “I am asking the public to trust themselves” (you can see it for yourself here). Insisting that membership of the EU was economically destructive, when asked about his own interest in being Prime Minister Gove replied “count me out”. He could not have been more definitive. It proved to be one of the more glorious lies of the referendum.

I’ve concerned myself with this whole question because there was more to the referendum than the referendum. I was for Remain and as the evidence of the economic harm of Brexit becomes clearer so does the case for reversing it. But in terms of our politics and political culture I’m against wishing to return to the dishonesties of the situation before the referendum. After all, they got us to where we are now.

The lies of the Leave campaign succeeded because they were rooted in the soil of deceit tilled and prepared by Blair, Cameron and their crews. We should say goodbye to that farmyard.

If you want to, let me know what you think either privately or in the public comments and please forward this to any friends you think might be interested and encourage them to place a pre-order https://unbound.com/books/brexit

Nice to get reacquainted Anthony
Jack Straw began by trying to get me to love him (called it charm) then it seemed he thought fear more effective (called it menace) So instead of little presents like Red Books and Letraset I was deselected (when I was favourite to become leader) from Blackburn council in a campaign conducted by the ultra Stalinists New CP Of course he was never to be seen when all this was happening but he did tell the Lancashire Telegraph that I "must be punished" Truly Machiavellian! I was never expelled but spent 20 years with Jose Bove and the Greens in SW France
Recently rejoined the Party in Chorley. Best Wishes
Graham Chadwick
I