So, here I am back with a fresh update on how things go with spreading the word about Breaking the Foals. Truth be told, it's been a little slow of late as I've been primarily busy with work and also the structural edit for the novel. However, there is still some news to report.

Firstly, I'm going to attend the first ever Croydon Literary Festival on Saturday 9th September where Unbound's own Scott Pack will be a speaker. It will be good to try and do some networking there and see who I get to meet. It is exciting for Croydon to be hosting something like this, as the borough suffers from a very poor reputation in many respects (some of which is deserved, let's be fair) but there is much going on in the arts scene and this needs to be showcased; I recommend you attend too, if you can - information can be found here. 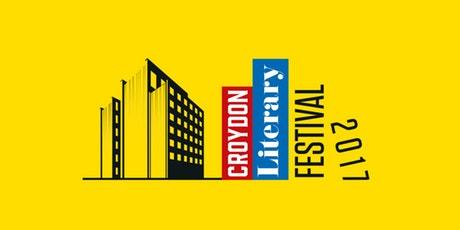 Above: Croydon and the written word.

Over on Twitter, I am steadily gaining followers and connecting with anything and everything connected with Ancient Greece, mythology, historical writing, etc. I find Twitter the hardest arena in which to spread the word, as it is still unfamiliar to me and not my favourite form of social media. Remember, you can find me at @MaxHawker.

Ideally, I would like to reach over 100 backers before release of the novel and so I am going to ask for your support in doing so. Is there a bookworm in your life who might appreciate a trip to the Bronze Age Near East? If so, why not tell them about Breaking the Foals? It would be great to have as large an involvement in this book as possible.

That's it for now.

Next time on Update: I will be bringing you the next edition of Out of the Stable, Onto the Shelf, the mini-series available only to those who have pledged to Breaking the Foals. This time, we will be looking at the final stages of the structural edit and I will talk through what happens next.