So begins the first in a series of posts about how my novel went from idea to completed manuscript.

Today, I'd like to focus on the very important question: what sets Breaking the Foals apart from other novels about the myth of Troy? After all, we're not exactly short of literature on the story, are we now? You would therefore be completely justified in thinking that anything new written on Troy needs to be doing something pretty different from what has come before, else it isn't going to stand out in the marketplace and thus, will not sell. Modern interpretations of the Trojan myth tend to isolate a particular relationship - or event in a sequence of events - as described in the Homeric poems, or associated poems (note that The Iliad only actually describes events over the course of a few months in the final year of the war at Troy). For example, and probably the best known, a novel called The Song of Achilles by Madeline Miller (2012), which explored the relationship between Achilles and Patroclus, did an astounding job of bringing the myth to life and giving a fresh perspective on the tale. Not as well known, but with just as much grip, is Ransom by David Malouf (2010), which plays out a vast number of themes in a very short space in its focus on King Priam's retrieval of Hector's body from Achilles. 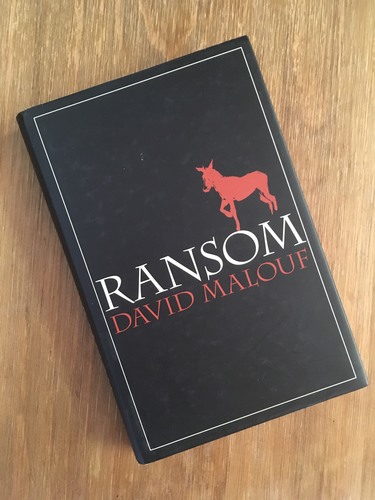 Above: that's a donkey on the front cover, not a foal - glad we cleared that up.

At the other end of the scale, there are some books that prefer to take a more epic approach to the myth. The Trojan War Trilogy by David and Stella Gemmell (2006 – 2008) is a case in point, retelling the myth of the Trojan War through the eyes of fresh characters – it even features a clever interpretation of the Trojan horse and introduces the historical figure of Hattusili III! Another example is For The Most Beautiful by Emily Hauser (2016), which is a retelling of the entire Trojan War from the perspectives of Briseis and Chryseis – both enslaved Trojan women in The Iliad. 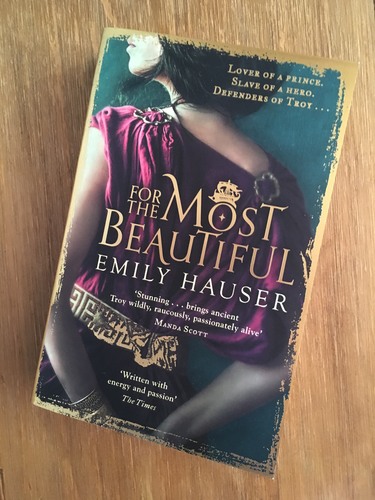 Above: the first in her trilogy based on the myth of the Golden Apple.

Most of these books I read as I was writing Breaking the Foals and so they provided a useful measure for what not to duplicate (although I confess to feeling abject terror when For The Most Beautiful was released, as if it had covered the same ground as my novel then I would have been devastated – fortunately it couldn’t be more different).

So, what is my novel bringing to the market?

First and foremost, my research on the historical city of Wilusa was fundamental for me in terms of building a novel from the ground up, as I did not want to rely as heavily on the mythology as other novelists have done. One key thing that stood out for me with every other book on Troy I had read was that you could always be sure that Achilles would kill Hector and then himself die, the Greeks would trick their way into Troy and the city would be sacked, etc. – in other words: the myth was a rigid framework for events that played out in the book. What my novel offers is a framework built instead on the work of scholars, historians and archaeologists specialising in ancient Near East studies. I wanted to discover what evidence there was for events that inspired the myth, but that did not necessarily completely inform the myth. And yes, there is a hell of a lot of evidence for a great deal of drama that took place in Wilusa. Of course, without giving away spoilers, I can’t say exactly what I discovered and how it influenced my writing – just be aware that this is not your typical book on the myth of Troy! So, in summary, the first thing my novel is bringing to the market is history as opposed to mythology (I wouldn’t want to suggest that other novelists have not done their research – they have; I have simply gone one major step further).

Secondly, I have de-Hellenised the Trojan myth. If we are to believe that Homer was a real dude then he would have been telling his tales in the oral tradition of storytelling (as was the thing back then) and speaking to a Greek audience. Why is this important? It is important because it means we see the Trojans depicted as worshipping Greek gods, following Greek customs and bearing Greek-rooted names – Homer played to the crowd and made sure it could relate to what he was saying. The reality is that the historical city of Wilusa was part of the wider Hittite Empire, an ancient civilisation that the majority of the public will be forgiven for having never heard of. But the Hittite Empire was colossal, very powerful and its cultural influence on Wilusa is not to be understated; I have therefore researched the Hittites and made Wilusa a Hittite city – not a 'Greek' city, which means it reads unlike any depiction of Troy previously seen in literature. My Hektor and Priam, though I have submitted to using their mythological names, are very much Hittites, and they are the only names in the novel that survive from The Iliad – in fact, they are the only Homeric names I use at all.

Thirdly, in terms of a unique place in the market for Breaking the Foals: it is not another depiction of the Trojan War. My novel is based on the myths surrounding Troy – but there are many, and the Trojan War is but one. There is no war in my novel between the Greeks and the Trojans – in fact, there are no Greeks at all. You will certainly recognise how events in my novel could be hyperbolised to match events in the myths, but this really is a unique tale – the like of which hasn’t been done before. So, no grand ten-year Trojan War. By the way, if you want to upgrade your pledge level to ‘Tales of Troy’, I can tell you in person all about the events that inspired the myth in far more detail! It really is quite fascinating.

Fourthly, Breaking the Foals is original because it focuses sharply on parent-child relationships in the face of political turmoil and warfare; with my background in children’s social care, I have greatly enjoyed thrashing out the tempestuous relationship between Hektor and his son, Hapi. Previous novels that have used the Trojan myths as subject matter haven't - as far as I can see - focused on family drama playing out despite the war. I was interested in the dynamic between father and son in the Bronze Age and the expectations placed upon children when they are born into the higher realms of society. Granted, some previous novels have touched upon this theme, but there have not been whole novels developed around it.

Finally: humour. In the tradition of Louis de Bernières and other British novelists who like to take a rather droll approach to serious subject matter, I do try to inject as much humour throughout Breaking the Foals as possible. Tragedy, I feel, is all the more sharply focused through the lens of comedy, and so it is (I hope) in my novel.

So, in summary, Breaking the Foals is original and will be unique in the marketplace for the following reasons:

1. It places an emphasis on the historical Wilusa over the mythological Troy.

2. It features an appropriate cultural portrayal of the era and de-Hellenises the original story.

4. The focus is more on a parent-child family drama with historical events providing the backdrop.

5. A Bronze Age novel with a sense of humour.

Until next time, chums!

Next time on Updates: The second edition of The Campaign Trail - my series looking at the work I am doing to raise awareness of my novel.