If You Liked... ...You May Like Breaking the Foals

Apologies for the delay - I've experienced some technical difficulties but fortunately everything is well once more!

In this update I thought I would take the opportunity to discuss some of my literary influences and how they have impacted my writing of Breaking the Foals.

I think literature first came properly to life for me back when I was studying for my GCSEs. I remember being so-so about a number of the books I read at school, but when I got my hands on Frankenstein, Return of the Native and To Kill a Mockingbird, reading was transformed into something vital. I went forward with something of a revived sense of appetite when presented with a book (as a younger child I was a voracious reader) and that is when I encountered it: Captain Corelli's Mandolin by Louis de Bernières. It was difficult not to love something so vivid, humorous, tragic and epic; it did for me what no book had done before, and I immediately became addicted to de Bernières. 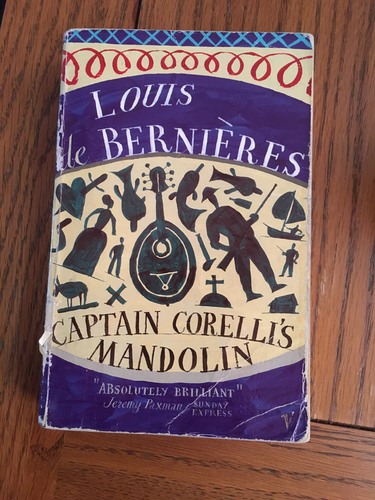 Above: my copy of Captain Corelli’s Mandolin from when I was 15.

So, how was I influenced and what did I take from the work of de Bernières? I think novels like Captain Corelli's Mandolin or Birds Without Wings do a fantastic job of merging sweeping historical events with the intimacy of private lives. In these novels you are always aware of the epic backdrop to chapters spent enjoying the idiosyncracies of quirky or relatable people. A community feeling develops and you feel drawn into this other world - you become an observer visiting your neighbours as their lives are played out through pages rich with sensory impression and emotional tug. I have done my level best to evoke that same sense as you read Breaking the Foals, most pertinently through the father-son relationship of Hektor and Hapi. I want the reader to feel as though they are a citizen of Wilusa and what happens to the city actually matters.

Taking the community feeling I mentioned a bit further, what is also a notable trait of de Bernières is his attention to detail with secondary and even tertiary characters. His South America trilogy (The War of Don Emmanuel's Nether Parts, Señor Vivo and the Coca Lord and The Troublesome Offspring of Cardinal Guzman) is a case in point and the reader is given astounding insight into the lives of a range of characters. In Breaking the Foals I have tried to give as much depth and consequence to the trials faced by the other residents of Wilusa - whether they be at the top or the bottom of society. 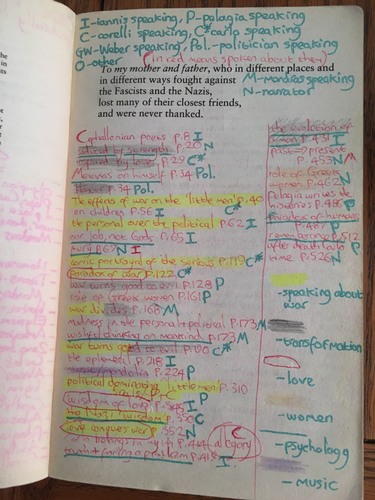 Above: attention to detail for exams!

My influences do not begin and end with Louis though! Another writer who has had an impact on me is David Mitchell. Mitchell's work is eclectic, to say the least, and the book I most enjoyed was The Thousand Autumns of Jacob de Zoet: an ambitious foray into a period of history I knew little about. What I felt he did tremendously well - and what subsequently influenced me - was his style of description. Mitchell has a potent ability to deliver delightful images that ignite the imagination using brief, tight descriptions. For example, at the start of the novel: 'In the rice paddy beyond the garden, a cacophony of frogs detonates.' How wonderful is that? He is able to resuscitate Nagasaki in its historical context and sharply define it in its time and by its place and people. Again, this is something he does to great effect in Cloud Atlas - a book unlike any other I've read - and so with Breaking the Foals I have tried to similarly lift Wilusa out of the pages of scholarship and the tablets of the Hittite Empire to give it flesh and exuberance.

So, my suggestion then is that if you enjoy Louis de Bernières or David Mitchell, you may find something to enjoy here too!

Next Time on Updates: I will be discussing my progress with raising awareness of Breaking the Foals beyond Unbound - including an agreement with my local Waterstones.