Set in 1940s Colombia, Breakfast In Bogotá is about a broken architect trying to build something new

Hola from Bogotá and beyond!

This little update comes to you direct from Santa Fé de Bogotá.

HERE, I've done my best to tramp around the city settings from my book - squeezing in a first-time visit to Jorge Eliécer Gaitán's house (the liberal leader who became a bit of a hero of mine when researching). Gaitán's wife and daughter had to flee Colombia after his assassination in 1948 and so many of his personal possessions remain and YOU CAN HANDLE EVERYTHING!!!

THAT includes his entire library - on his shelves I spied an early biography of Hitler alongside the complete works of Molière. We followed a school group in and watched a few teenage lads trying out Gaitán's shaving kit. My god, it's a conservation nightmare and one I spent some time afterwards pondering...

THEN last week I travelled down to the coffee region, Quindio, where I finished my copy edit (Felisa, one of the characters in BREAKFAST IN BOGOTA is from here). I felt very 'writer-y' doing writer-y stuff actually on location like some kind of overseas correspondent type.

ALSO gave a big fat thumbs up to v2 of the book jacket for BREAKFAST IN BOGOTA and very nice it is too. Those Unbound designers are magic.

LASTLY, have just returned from Cartagena de Indias on Colombia's north coast. My second visit - last time for Hay. My, that city is beautiful, but hot (my shoes melted). You can rent an AirBnB in an old Spanish-style mansion for next to nothing and the old town is teaming with bookshops (picked up a Colombian classic, María by Jorge Isaacs, which I fully intend to read in 19th century Spanish). After all, Cartagena's hot cobbled streets have given me an idea for a book of my own. 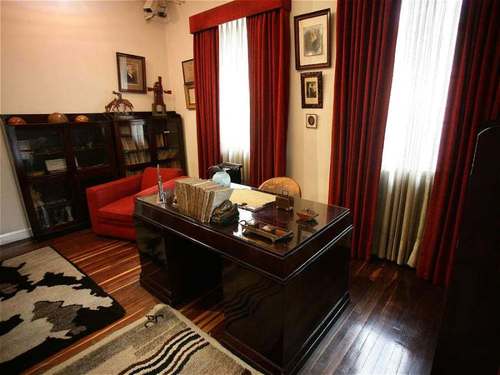 First edition paperback plus eBook and your name as a super patron in the front of the book.