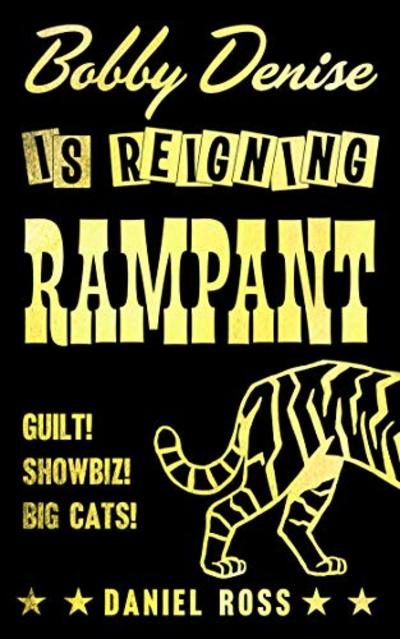 The darkly comic story of a retired Las Vegas stage magician and big cat enthusiast, dragged back into the spotlight by the consequences of one huge mistake.

Bobby Denise feels no guilt for what he did. So please, for the love of God, stop asking him about it.

In 1985, one of the best stage magicians in Las Vegas ended his career in front of a horrified paying audience. When Dusty, his prized white tiger, mauled and killed an audience member during a sold-out show, Bobby Denise did something awful that he’s been trying to live with ever since. Incensed, heartbroken, distraught and irrational, Bobby took vengeance on his manager, Leo, in the most brutal way possible.

31 years later, Bobby is back: out of jail, out of friends, out of everything. That is, until the machinations of an obsessive journalist, his strong-willed housekeeper, a neighbour in a heinous tracksuit, an eagle-obsessed former colleague down on his luck and a faux-Amazonian lizard-handler send Bobby hurtling back towards the terrifying glare of the limelight, totally unprepared to face all those people who ever wondered, what happened to that guy who shot his manager in the eye?

As his shocking actions in 1985 come to light once again and are mercilessly raked over by a modern audience he doesn't understand, Bobby must learn how to make a friend, how to honour the past and how to correctly assemble a cross-trainer. Only by reinventing himself can he truly lay the past to rest and maybe even regain some respect with his peers. Which he obviously doesn't want or need anyway, so don't even talk about that.

‘Bobby Denise is Reigning Rampant’ is a journey through the lower echelons of celebrity and the grim reality of falling from grace, with a cast of over-reaching has-been magicians and deluded hangers-on. There are themes of guilt, lust for attention, moments that define entire lives and, crucially, murderous white tigers in stage magic shows.

This novel and its belligerent narrator believe that showbiz is awful: showbiz makes you do the wrong thing, time and time again, and it turns good people bad. Bobby Denise's story is uncomfortably funny and takes place in a reality that's only very slightly heightened…