Blood On The Stone

Historical mystery thriller about a detective who defends justice and human rights. 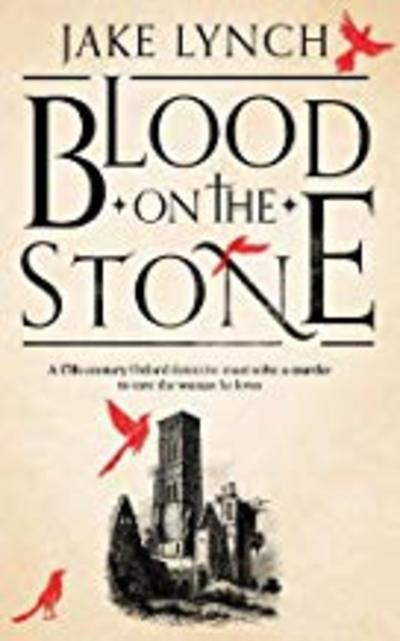 Crime | History
You made Blood On The Stone a reality. It's available in all good book stores now.
$8
46 pledges

Special Early Bird Price. First edition paperback, ebook edition, and your name in the Super Patrons list in the front of the book. Only 20 available.
$30  + shipping
24 pledges

First edition paperback, ebook edition, and your name in the Super Patrons list in the front of the book
$115  + shipping
4 pledges

5 copies of the 1st edition Super Patron paperback and the ebook edition and your name in the list of Super Patrons in the front of the book.
$115  + shipping
12 pledges

One place in a party of no more than six for three-course dinner at select Sydney restaurant, hosted by Jake with discussion on the novel and its ideas. Plus everything at the Super Patron level.
$150  + shipping

One place in a party of no more than six for walking tour of Oxford, guided by Jake with commentary on significant sites featured in the novel. Includes complimentary refreshment, then three-course supper hosted by Jake at Quod, restaurant in the historic city centre Plus everything from the Super Patron level.
$375  + shipping
10 pledges

A personal dedication from the author in the front, the 1st edition paperback and the ebook editions.

King Charles II brings the English parliament to Oxford, amid sectarian hysteria over a so-called ‘Popish Plot’ against the throne.

William Harbord, an MP and leader of an extremist Protestant group, the Green Ribbon Club, is found stabbed to death. Luke Sandys, Chief Officer of Bailiffs, must investigate, with his trusty deputy, Robshaw.

Luke is an Oxford Classics graduate and a devotee of scientific methods. He missed out on an academic career to marry Elizabeth, who was carrying his child – instead following his father into the trade of fine joinery. He is secretly in love with Cate, daughter of a Catholic couple who run a local inn where the vaults are used for illegal Romish sacraments.

Agitators blame Harbord’s death on ‘Papists’ and use it to stir the mob. There is a riot in which Luke is slightly injured. He realises he is in a race against time – to solve the murder before the wave of prejudice and fury can engulf the local Catholic population, including Cate. “I’m not having people picked on!”, he declares. “Not just because they happen to praise God in a different way. ‘Tis wrong!”

To identify the killer, he has to rely as much on Robshaw’s stout yeoman common sense, and his own scholarly background, as on evidence and logic.

Meanwhile, the Green Ribbons plan a ‘spectacular’ – a gruesome ritual, supposedly to show the market day crowds how ‘Papists’ should be dealt with. Luke scrambles to find an angle he can use to foil their conspiracy.

As lines of inquiry converge, Luke’s heart pulls him one way, while duty pulls in the opposite direction. Which will he choose to follow? Will he crack the case in time? And will he declare his love?