Manuscript ready for copyediting - and help needed with book title

The day before yesterday (11pm actually, was up late making last-minute tweaks) I handed in my final version of my book-in-progress to Unbound. Hooray, hurrah, hallelujah and jolly gobstoppers!

I’ve now had two editorial reports back from editor Rachel Rayner and have been working very hard to implement her suggested changes (or at least considering doing so – some changes I haven’t made but most seemed right after reflection).

This is a new experience for me and has been most illuminating. Thank goodness Rachel had lots of very encouraging things to say about my first rewrite. I was sure I’d made the book much better but it was a relief to see she agreed. There were several major changes, including changing from past tense to present all through, the addition of Julian’s voice and bringing several plot strands forward. This last was a challenge, a bit like deciding to break up the 1000-piece jigsaw you’ve just finished. 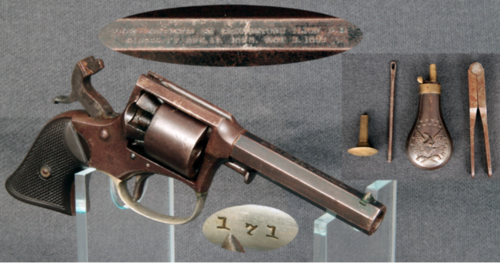 There wasn’t nearly so much work to do on the ‘second’ (1000th?) edit. The changes suggested were fairly minor in comparison eg ending certain chapters more swiftly, the removal of dates (easy but difficult to do if you know what I mean) and changing where my narrator lives... Now I’ve added Julian’s voice, my narrator needs to live in a building beside an alleyway. It’s been quite difficult finding the locations of alleyways outside central London - does anyone know any in or near Tufnell Park, by any chance?

I’ve sweated loads over my police station scene to make sure that the procedural stuff and legalities are right – I’ve had some useful advice on this from Unbound author, ex-policeman, QI guru and man of many talents Stevyn Colgan (his latest book Why Did The Policeman Cross The Road? is just released, by the way).

The copyeditors will now do their thing, checking facts, consistency and so on (or so I believe - I’ll find out exactly what they do very soon!) My novel is set in the recent past with at least part of the story based on actual events in London and Chechnya, so it’ll be interesting to see what they make of it all. After this there’s the proofreading stage... Ghosts of Chechnya is week by week becoming a real book.

Publication date will be later than planned, probably late July or early August. Will confirm when I know more! It is likely to firm up closer to the time. The Crouch End Festival event on June 16 will be a ‘Pre-Launch Party’ instead. There’ll be readings, live music, a contest or two, questions on the writing/crowdfunding/publishing process and a chance for audience members to take the mike with their relevant and amusing anecdotes (maybe not, on second thoughts).

I’m considering whether to change the book’s title - I want to find the best one possible, which also reflects the essence of my novel and its genre (a domestic noir-psychological thriller).

Anyone who’d like to share their thoughts on my title ideas so far, I’d be grateful. Just comment on the post right here or send text/email me. Obviously you won’t necessarily know the whole revised story but it would be useful to know how each title strikes you, what it conveys and which one you prefer.

The new - or old - title will be announced at the Pre-Launch Party.

I think Ghosts of Chechnya is by far the best title - the others could be set anywhere and don't grab my attention - it has an enigmatic feel to it, leaves you wanting to know what it's about. Categorically the best title.

I also like the Ghosts of Chechnya. Sounds intriguing. Do you have to change it? :)