Blackwatertown two thirds of the way there 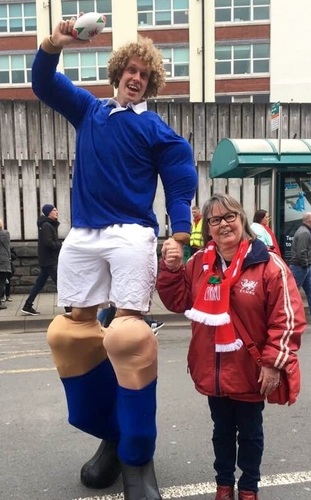 Brilliant Beryl (that's her in the red) has taken Blackwatertown to two thirds of the way to being funded - thank you Beryl Lewis. I'm feeling optimistic!

And thanks too to renowned musician Layil Barr. I was hoping to add a video of her performing with MilLuna, but this website has defeated me. You'll find some here http://milunamusic.com/media/  Go see them if you have a chance. (You can get to their website by clicking on Layil's name.)

I've been overwhelmed by all your support - more than 200 people. Some of you have been channelling your pledges or pre-orders through friends or through me - so you're not counted in the tally and your names don't appear on the website. But they'll be in the book - unless you've asked for anonymity, an alias or a special message instead.

An out-of-hours bubbly cream tea at Milton's Cottage (where Paradise Lost was written) lies ahead for those who have chosen that option. There's room for a few more - so if you want to upgrade your pledge, your seat awaits you.

Among the great people who are backing me are lots of authors or people who support authors. I'll be sending out some updates soon celebrating them and pointing you to their work. But for now... Two thirds done, one third to go. Please spread the word to get Blackwatertown funded as soon as possible. If you're in the neighbourhood, maybe I'll see you at our book stall at the Chalfont St Giles Show on 7th September.