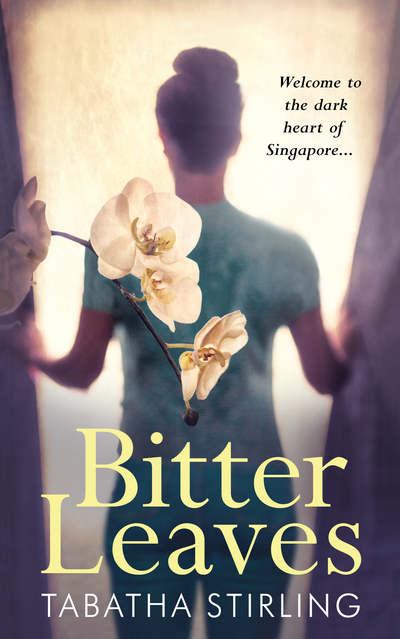 Campaigns | Fiction
You made Bitter Leaves a reality. It's available in all good book stores now.
$8
78 pledges

A first edition of the paperback plus the ebook and your name in the back of the book.
$90  + shipping
23 pledges

Your name listed in the front of the book on a special Patron page, plus a first edition of the paperback plus the ebook
$150  + shipping
4 pledges

A personalised, original poem written for you by the author. Plus your name listed in the front of the book on a special Patron page, plus a first edition of the paperback and a copy of the ebook.
Only 10 available.
$225  + shipping
1 pledge

A bookclub, library or school visit and talk by the author either in Edinburgh or London. Plus five signed first editions of the paperback plus the ebook and five names in the back of the book. Only 3 available
$450  + shipping
3 pledges

Appear as a central character in a short story of 1000 words or more by the author in a genre of your choice. Plus your name listed in the front of the book on a special Patron page, plus a first edition of the paperback and a copy of the ebook.
Only 3 available.
$1,500  + shipping
1 pledge

A personally dedicated frontispiece printed in the book, lunch with the author, a personalised poem written by the author, 2 signed first edition paperbacks.
Only 1 available.

'Tabatha Stirling’s brilliantly achieved first novel, Blood on the Banana Leaf, explores the relationships between maids and their employers in Singapore, exposing deeply unsettling truths about what goes on behind the glossy surface of that society. Told in the superbly nuanced voices of four very different female characters, it’s a great read; tense, vivid and involving, both heart-breaking and heart-warming. Tabatha is a talented, brave and accomplished writer and I do hope her novel gains the recognition and success it deserves.'
Lesley Glaister is the critically acclaimed author of thirteen novels and the winner of the Jerwood Prize for Fiction 2014 for her novel, Little Egypt.

Welcome to the black heart of Singapore’s maid culture, where a woman’s life is cheap in one of the richest countries in the world.

Here are the voices of the unheard, of maid and employer, of village girl and city dweller. Follow Lucilla, Ma’am Leslie, Shammi and Madame Eunice as they strive, each in her own way, to exist in a country in which dark shadows lie beneath its pristine exterior.

The lives of these women are woven together by a narrative which is always candid and often brutal, as it explores the effects of loss, madness, abuse and hope during a woman's life and in society as a whole.

A first edition of the paperback plus the ebook and your name in the back of the book.
View all 7 rewards