Support this project
Sport | Autobiography
The crowd has spoken – Between the Devil and the Deep is happening. Pre-order your reward now.
$40  + shipping
193 pledges

Three first editions of the hardback, shipped together and your name in the back of the book
Choose this reward
$190  + shipping
5 pledges

A diving masterclass at Vobster Diving training venue (UK) with Martin. Open for all abilities, whether you've never dived before and want to take your first ever look underwater or you're looking to develop your advanced skills in technical diving. Plus, a signed first edition hardback and your name in the back of the book.
Travel not included
Numbers strictly limited
Choose this reward
$750  + shipping

A diving masterclass at Vobster Diving training venue (UK) with Martin for qualified divers of some level with their own basic dive kit. Plus, a signed first edition hardback and your name in the back of the book.
Travel not included
Numbers strictly limited
Choose this reward
$750  + shipping
1 pledge

Dive Group Talk for your Business or Company

Martin Robson will give a talk on what business management and leaders can learn from diving, plus ten signed first edition hardbacks and your name in the back of the book
Choose this reward
$1,500  + shipping

A special thank you to your company with your logo printed in the front of the book, plus five signed first edition hardbacks
Choose this reward
$1,875  + shipping

Otter Atlantic drysuit, includes made-to-measure service which is worth £150. More info availble on Otter's website. The purchaser will have to pay Otter retail price for any extras they might want such as a KUBI dry glove system or P-Valve. Also include a signed first edition hardback plus limited edition Between the Devil and the Deep t-shirt and your name in the back of the book

A special thank you to your company with your logo printed on its own dedicated page at the front of the book, plus ten signed first edition hardbacks
Choose this reward

Deep underwater lurks a mysterious disease all divers know. A man-made illness, it has gone by many names over the years: caisson’s disease, diver’s palsy, the chokes. The wives of Greek sponge divers christened it Satan’s Disease. Today, medics call it decompression sickness. You know it as the bends.

Microscopic bubbles, smaller than the point at the end of this sentence, explode in your body like those from an uncorked bottle of champagne. They can turn your blood to foam; kill you swiftly; paralyse you while you sleep and cripple you for life; or, as one diver described it, twist you into a screaming lump of agony with awful pains in your joints.

That’s the devil British deep diver Martin Robson faces each time he goes underwater. The former Royal Marine Commando has spent most of his adult life exploring submerged caves around the world, snaking through constricted passageways and floating free through vast cathedral-like chambers with stalactites hanging from the ceilings like chandeliers. 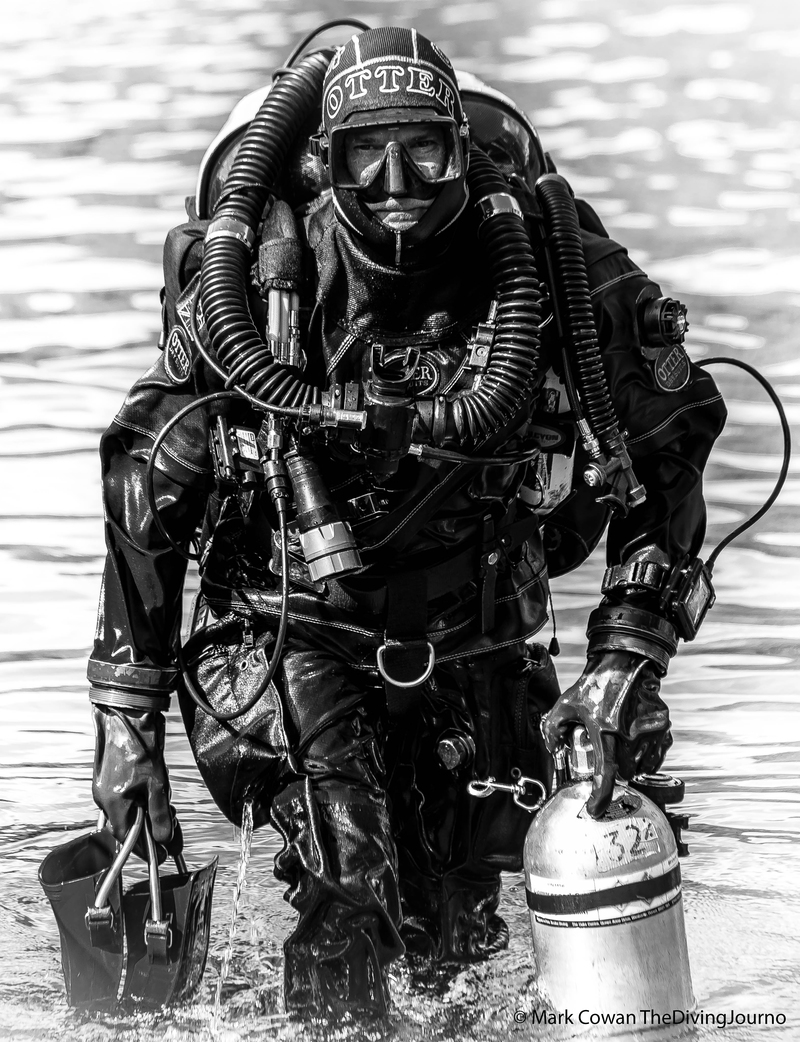 In the winter of 2012, Robson was part of a multi-national expedition that travelled to a remote body of water known as Blue Lake, in the mountainous borderlands of southern Russia, on a quest to find a submerged cave system not seen by the human eye. On the final day of the expedition, Robson dived more than 700 feet down, deeper into the lake than anyone had been before. It was a dive fraught with danger and risk. As he returned from the bottom disaster struck. Just 75 feet down, Robson was ambushed by the bends. Bubbles exploded in his spine and took his legs in an instant. He was paralysed from the waist down. 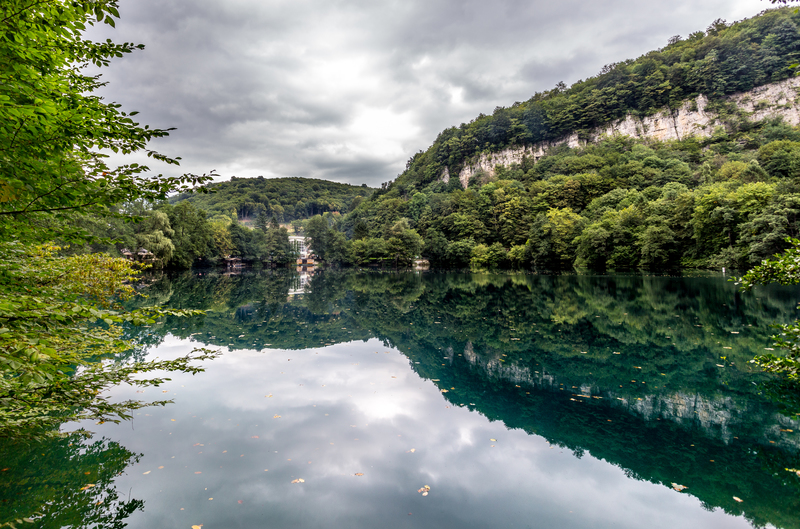 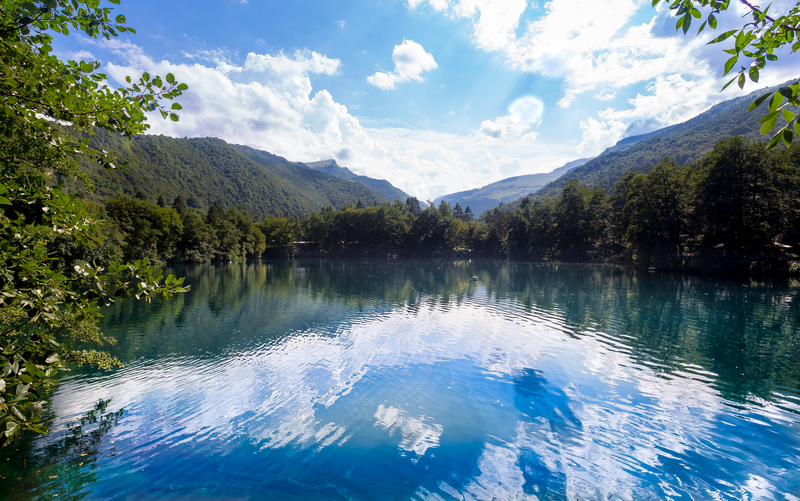 An unnerved man would bolt. Robson had to decide, right there and then, whether to take his chances on the surface where he would find sunlight and warmth, where comrades were waiting for him, where there was life. As far as Robson was concerned, the surface was no friend. He knew if he went up he would be helpless in the grip of nature; he would probably die before help arrived.

Instead, Robson gambled on an underwater practice most doctors believe is a suicidal act of madness. Trapped by the lake’s icebox grip, unable to move his legs, and with a dwindling supply of breathing gas, he sank back into the deep. Soon, the only hope he had of saving his life and his legs would rest in the hands of an elderly Russian doctor, a dramatic mercy mission organised at the highest levels of the Russian government, and an experimental, nine-day treatment. 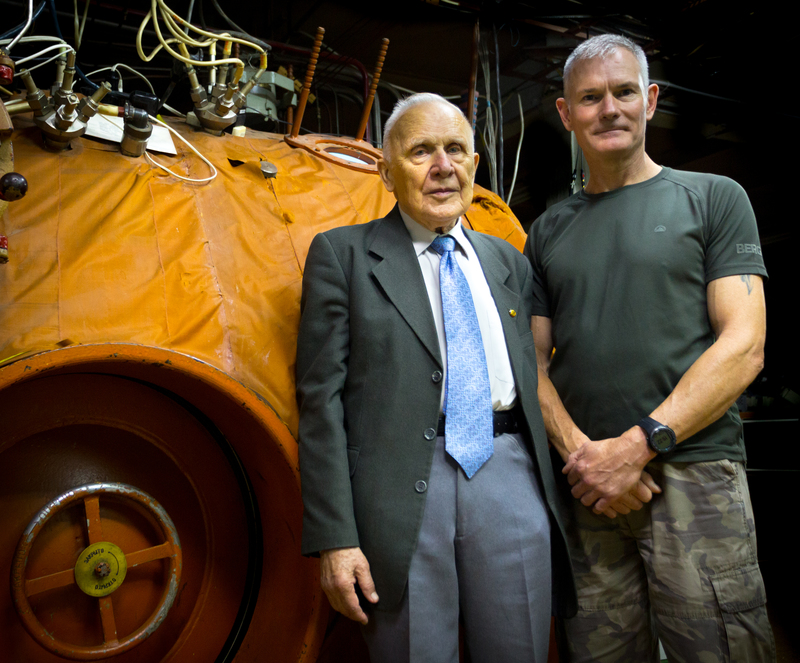 Between the Devil and the Deep is the first book to tell the terrifying true story of what it feels like to get the bends by taking you inside the body and mind of a man who suffered the unthinkable. Journalist and diver Mark Cowan recounts in chilling detail the natural hell Martin Robson found himself in, the desperate life or death battle to beat the horror inside his body, his partner’s anxious wait for news, and the rescue mission scrambled to save him. Cowan explores the history of decompression sickness, the science behind what causes the disease, and the forgotten divers who pushed the limits of physical endurance to help find an answer; one of the most secret dramas of the past two centuries.

Between the Devil and the Deep is a real-life thriller of risk and reward, of horror and hope—and of Robson’s sheer dogged insistence on staying alive. 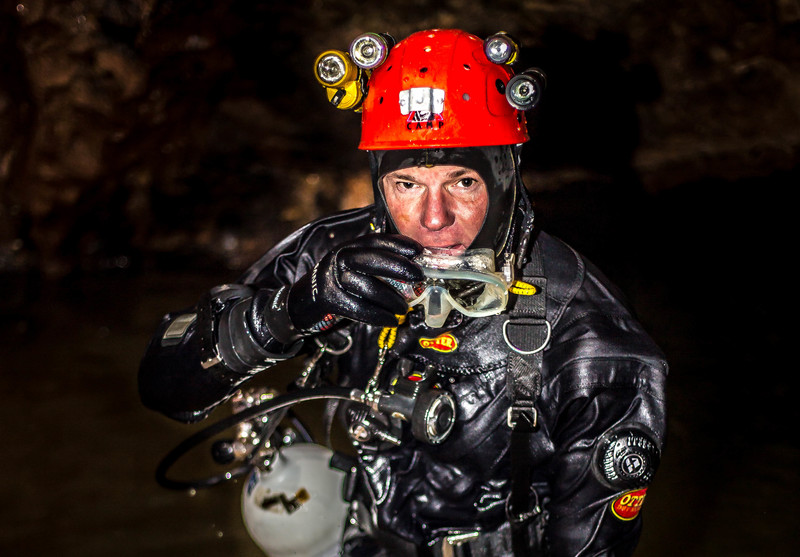 Special thanks to Santi Diving and Fourth Element who heavily supported the Blue Lake project.