A tale with an otherworldly twist: a collection of personal essays from a modern mermaid. 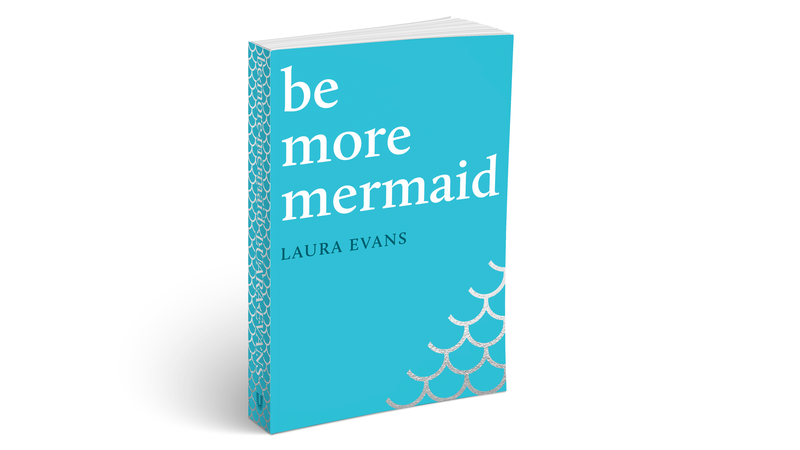 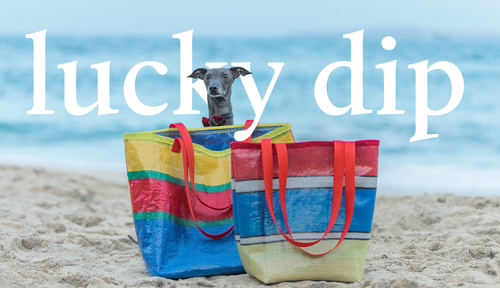 Two signed first edition paperbacks for you and a friend to read together.

A set of eight postcards with mermaid mantras inspired by the essay titles in Laura's book. 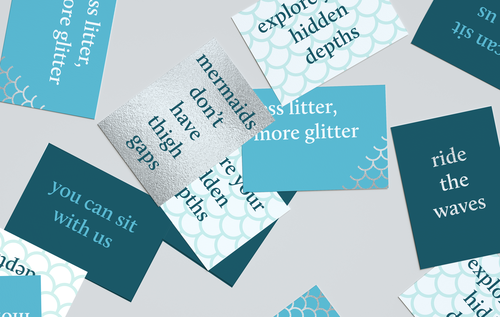 A signed A4 print of one of Laura's underwater photos with a personalised message. 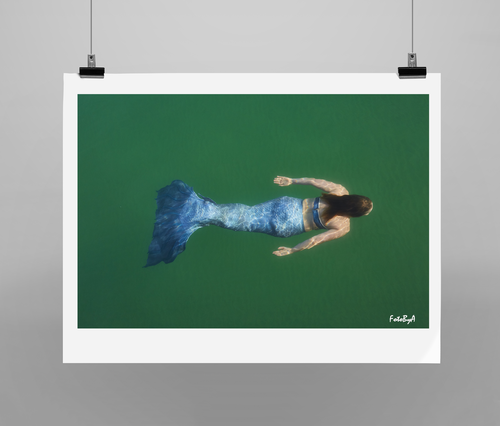 A ticket to a zoom Q&A with the author of Be More Mermaid. Laura will be able to answer your questions about the book and being a mermaid.
LIMITED TO 30.

Explore the magic of Cornwall in a whole new way by joining Laura on a truly unique Wild Body Walk.
She will guide you along the wild Cornish landscape to a beautiful off the beaten track swim location, where you'll be able to take in the beauty of the Cornish coastline.*
LIMITED TO 8.

*You must be a confident swimmer - although qualified in water safety and rescue, Laura is not a qualified swimming teacher. This event will take place in Cornwall and does not cover travel or accommodation costs. 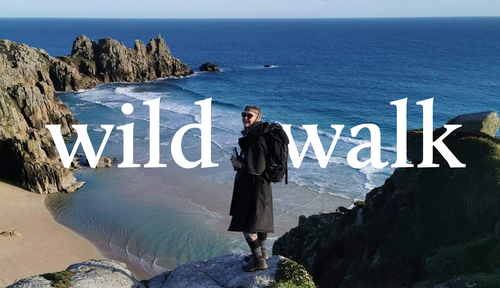 Receive five signed first edition paperbacks for you to share with your book club or friends.

Do your part and Save the Mermaids by subscribing to our Patron level.

As a thank you, your name will be published in the front of the book, and you'll receive a Lucky Dip bag from Laura's Oh Give Me A Break collection.
LIMITED TO 5.

Have you ever wanted to wear a dress and model, perform/move creatively underwater or simply want to feel more comfortable swimming underwater?
Laura will take you on an underwater experience and teach you some of the techniques she uses when working underwater in a safe, controlled, supportive and friendly setting.*
You’ll also get to take away photographs showcasing your new underwater skills.
LIMITED TO 6.

*You must be a confident swimmer - although qualified in water safety and rescue, Laura is not a qualified swimming teacher. This event will take place in Cornwall and does not cover travel or accommodation costs. 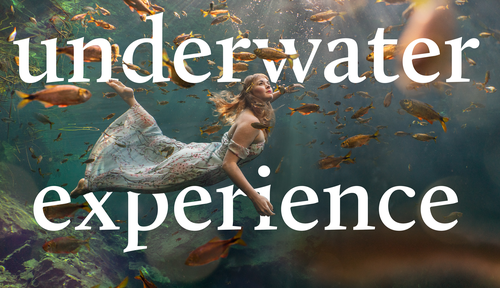 "I watched as little feet danced, small hands tugged at coat sleeves and excited fingers pointed. Children, utterly enthralled by the sight of a seal as it played and performed in the water. Born and raised in St Ives, this spectacle was as familiar to me as a seagull swooping and stealing an ice cream from an unsuspecting hand. Yet on this evening, as I watched from the unique vantage point on my board, I witnessed the magic and innocence of discovery. Oh to be able to offer something so extraordinary! As we paddled away from the pier and drifted between the bobbing fishing boats towards the beach it came to me in a moment of dazzling clarity… what if St Ives had a Mermaid?"

Laura Evans is a professional mermaid, an all year round sea swimmer and an outdoor tour guide, feminist, queer, sober alcoholic, sustainable business owner and body neutrality advocate. Be More Mermaid is her first book, revealing her literal and metaphorical transformation as Cornwall's first ever professional mermaid.

In her collection of personal essays, Laura writes about how 'mermaiding' has enabled her to live with addiction, embrace body positivity, appreciate wild nature and navigate different aspects of her identity. Her story compels us to explore our hidden depths, come out of our shells, and ride the waves of life as they come all while being reminded that mermaids absolutely do not have thigh gaps.

Image credits: Design by Mecob. 'An Underwater Experience' photograph by Lexi Laine. 'Lucky Dip' photograph by Nicola Montfort. All other photographs from author's own collection.