I just wanted to drop a quick line to keep you all in the loop.

Be guid tae yer mammy in written in Scots, and last month, I made the difficult decision to pull it from the printer so that it could be proofread again to ensure that no inconsistencies slipped through into the published manuscript.

Scots is incredibly hard to proofread as there are no traditional spellcheckers that can cope with the language, which is why it was important to be incredibly, incredibly thorough with the manual proofread.

This means that it will be in bookshops a little later than its original publication date of May 6, however, as you all pledged on here, it is likely that you will receive your copies sooner you are all early subscribers!

I should know in the next day or two when the revised publication date is, so will be in touch then.

In the meantime, I'll be sharing my work with the Scots Language Centre with you to tide you over until be guid tae yer mammy lands in your inbox/postbox!

On the subject of that work, I am delighted to share the cover of my novella with you all for the first time, The Tongue She Speaks. I think we can all agree that Jo Whitby did an amazing job!

It will be officially launched via Zoom alongside the other works commissioned by the SLC later this month. 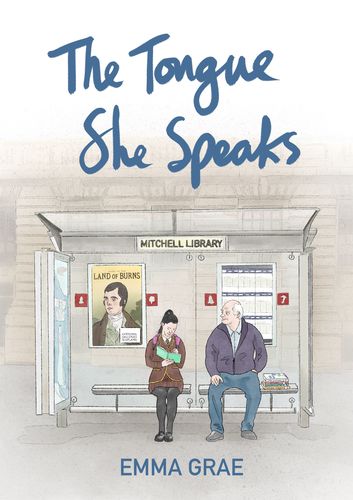 P.S. There's also been a slight delay with Liars' League and their performance of my Scots short story Billy's Ghost Dug. As things are starting to open up in England, they are going to attempt to have it performed in an actual real-life venue instead of over Zoom. I will also update you on that when I know more!