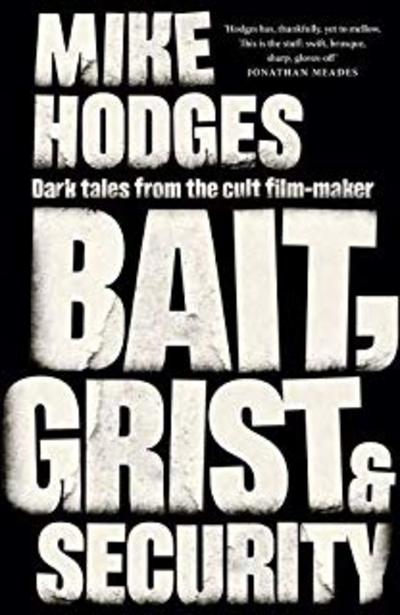 Crime
You made Bait, Grist and Security a reality. It's available in all good book stores now.
$8
8 pledges

Signed, limited edition hardback and a copy of the ebook, plus your name in the back.
$55  + shipping
22 pledges

Signed and personally dedicated limited edition hardback and a copy of the ebook, plus your name in the back
$75  + shipping
5 pledges

The Cinema of Mike Hodges

A Place at the Launch Table

Join Mike Hodges and Unbound for lunch at Cigala in London to celebrate publication. Each place with a copy of everything to Signed level. Travel not included.
8 available
$145  + shipping
5 pledges

BlueRay discs of Get Carter, Pulp, Flash Gordon and A Prayer for the Dying, signed by Mike Hodges plus everything to signed level
5 available
$165  + shipping
1 pledge

An exclusive copy of the script for Get Carter, signed by Mike Hodges plus everything to signed level.
Only 1 available
$165  + shipping
1 pledge

An exclusive copy of the script for Flash Gordon, signed by Mike Hodges plus everything to signed level.
Only 1 available
$180  + shipping
1 pledge

Get Carter On The Page

Rare copy of Steve Chibnall's out-of-print book about the Get Carter film, signed and dedicated by Mike Hodges plus everything to Collectible level.
3 available
$300  + shipping
1 pledge

Lunch at Cigala Plus One

Mike Hodges will join you and your guest for lunch at Cigala in London (travel not included), plus two signed hardbacks.
Only 1 available
$330  + shipping
1 pledge

A Prayer for the Dying

A unique copy of the shooting script for A Prayer for the Dying, with Mike Hodges own annotations plus everything to signed level.
Only 1 available
$330  + shipping
1 pledge

A unique copy of the shooting script for Croupier, with Mike Hodges own annotations plus everything to signed level.
Only 1 available
$375  + shipping
1 pledge

The original Programme for FLASH GORDON from The Royal 1980 Film Premier, signed by Mike. Plus everything at the collectible level 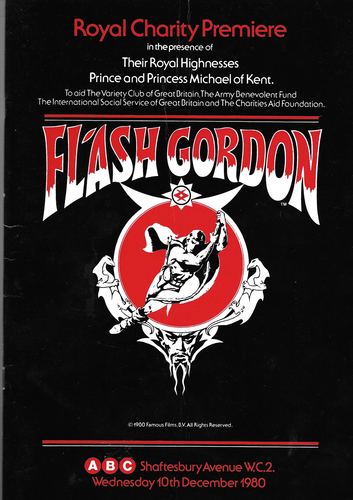 Mike Hodges will join and your two guests for lunch at Cigala in London (travel not included), plus 3 copies the signed hardback.
Only 1 available
$600  + shipping
1 pledge

The original clapperboard used for the final shot of CROUPIER, plus everything at the collectible level
Only one available 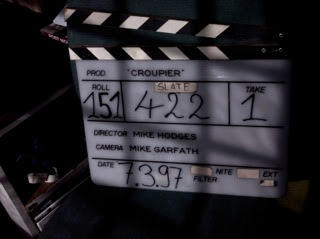 A special thanks printed in the front of the book thanking you for your contribution, plus dinner at Cigala in London with Mike Hodges for you and 1 other (travel not included), plus 10 signed copies.

"Down these mean streets a man must go who is not himself mean, who is neither tarnished nor afraid. He is the hero; he is everything. He must be a complete man and a common man and yet an unusual man. He must be, to use a rather weathered phrase, a man of honour."
So wrote one of my heroes, Raymond Chandler. Trouble is every time I start to write a script or novel and try to find this guy - I fail. The streets stay mean - but the heroes resolutely flawed.

Slippery PR man, Mark Miles, is unaware he’s being manipulated and dangled as bait by an investigative reporter until he’s swallowed by a sadistic mind-expanding cultish course from America.

Best-selling American writer, Maxwell Grist, ruthlessly uses real people as fodder for his crime novels before finding himself living up to his name and becoming grist for his own murder.

Mega American star, unhappy with the movie he’s currently filming, refuses to leave his five-star hotel for the studios, while in the corridor outside his luxury suite mayhem and murder take over.

Signed, limited edition hardback and a copy of the ebook, plus your name in the back.
View all 20 rewards