The first book to publish in full the letters that led to Edith Thompson’s execution in 1923.

The love affair between Edith Thompson and Freddy Bywaters began in June 1921, when he declared his feelings for her during a holiday to the Isle of Wight. The Thompsons had been accompanied to the island by Edith’s sister, Avis, and her then boyfriend: Freddy.

After this holiday, Percy – who suspected nothing - invited Freddy to lodge at the marital home in Ilford. By August Percy had twigged that something was going on and threw Freddy out of the house; thereafter he maintained an eagle eye upon his wife’s activities, whilst steadfastly refusing to divorce her (whether she actually wanted him to do so is far from certain).

The letter that follows was written in November 1921, to Freddy’s ship RMS Morea in Marseilles, and became ‘Exhibit 62’ in the Old Bailey trial just over a year later. It is only partly reproduced, as the original is over 2,600 words in length; Edith would sometimes compile a letter over several days – for instance in her lunch hours; she was a highly competent manager in a wholesale millinery firm – and leap from subject to subject as the thought took her.

At the time of writing, she was in the early stages of pregnancy with Freddy’s child. The sentence at the end about ‘giving me something’ referred to an unknown drug that she used in January to bring about a miscarriage; in court, where she had been strenuously warned not to admit to aborting her own baby, this proved impossible to explain away.

'I've had a funny sort of week end darlint I want to tell you all about it and I don’t know how. I am staying in this lunch time, especially to write to you

… at night in bed the subject - or the object the usual one came up and I resisted, because I didn’t want him to touch me for a month from Nov 3rd do you understand me darlint? He asked me why I wasn’t happy now - what caused the unhappiness and I said I didn’t feel unhappy - just indifferent, and he said I used to feel happy once.   Well, I suppose I did, I suppose even I would have called it happiness, because I was content to let things just jog along, and not think, but that was before I knew what real happiness could be like, before I loved you darlint    Of course I did not tell him that but I did tell him I didn’t love him and he seemed astounded. He wants me to forgive and forget anything he has said or done in the past and start fresh and try and be happy again and want just him. He wants me to try as well and so that when another year has passed meaning the year that ends on January 15/1922 [the Thompsons’ wedding anniversary was 15thJan], we shall be just as happy and contented as we were on that day 7 years ago.  These are his words I am quoting.  I told him I didn’t love him but that I would do my share to try and make him happy and contented. It was an easy way out of a lot of things to promise this darlint I hope you can understand.  I was feeling awful - I could have so easily died and I still feel awful today, how I wish you were here, - I think only you can make me hope on a little.

… Darlint I don’t like you to say and think those hard things about yourself and I certainly don’t like that sentence of yours 'I've run away and left you '. Don’t please think them or about them… Darlint, you say do I remember? that Monday Oct 31     I'll never never forget it, I felt - oh I don’t know how, just that I didn’t really know what I was doing, it seemed so grand to see you again, so grand to just feel you hold my shoulders, while you kissed me, so grand to hear you say just 3 ordinary commonplace words " How are you " Yes I did feel happy then

… I'm sorry you asked me about a photograph, really sorry, because I never make a good one, darlint, not even a natural one, when I pose, and I don’t know that I will have one taken, even to please you -

… I will do as you say about when I want you, I'll even bruise myself, as you used and then take myself to Court for cruelty to myself, eh darlint?

… Thank you for giving me something at some future date, when both you and I are ready. 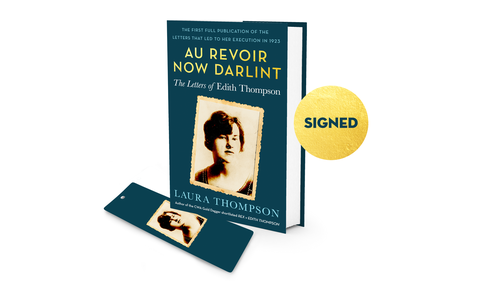 A Visit to Edith's Grave

City of London CemeteryJoin the author, Laura Thompson for a respectful visit to Edith's grave, where Laura will share details about Edith's life.
LIMITED TO 5.

This event will take place in the City of London Cemetery and does not cover travel or accommodation costs. 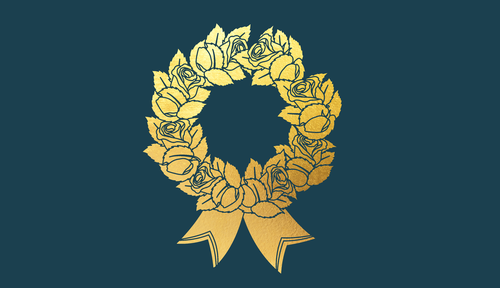