A tribal medicine woman must learn the truth of her past and the extent of her abilities to protect her people from invaders.

know it's been a while so I'm really pleased to get back to Flash Friday. I've got something light-hearted for you today and I hope you enjoy it. The prompt for this piece came from my mum, Margaret Williams, in the form of the photo at the end. Have a good weekend everyone!

Overlord Scranton opened his eyes with great difficulty. Everything was blurry. His head felt too heavy to lift so he closed his eyes again. The last thing he remembered was racing through Headquarters, explosions going off behind him, smoke everywhere. It was chaos. Did he make it out?

The overlord tried opening his eyes again. This time he could see a little more. He was lying on some sort of paved path but it wasn’t like any of the paths around Headquarters. So, he was out, but where on Zuma was he? There was something wrong with his perspective, something he couldn’t figure out. His head pounded and his throat felt scorched. He allowed his eyes to close again. The smoke must have got me. Only the R&D department know what sort of chemicals were in there. No wonder I feel odd.

Where was Wesley? His assistant had been running along at his side, the last he remembered. Did he get out of the building too?

Scranton heard an engine approaching, a very loud one. It didn’t sound like any Empire vehicle. For the first time since he awoke, he started to panic. He was too weak to stand, let alone defend himself. Maybe if I play dead they’ll leave me alone? He lay perfectly still, ears alert, trying to keep his breathing shallow.

The engine cut out and then came the sound of doors slamming. It definitely wasn’t an Empire vehicle then; their doors all slid. Chattering voices approached and Scranton relaxed. It sounded like a woman and a child.

‘Where did he come from?’

Scranton opened his eyes a slit to see a woman kneeling beside him, a young girl at her back.

‘He looks like he’s been hurt,’ the woman said.

‘We have to help him, mum.’ The girl hopped from one foot to another as she spoke.

Puppy? What are they talking about? Scranton wondered.

‘Run into the house and fetch a box and a blanket,’ the woman said, handing keys to the girl who ran off to do as she had been asked.

Overlord Scranton, leader of the Empire of Zuma, destroyer of civilisations, looked down at himself and saw a puppy. How had this happened? He was over a century old, how could he possibly have been returned to a puppy? And why were these humans wondering around unattended?

The child returned and the woman gently slid her hands underneath Scranton’s sore body and lifted him into the box the girl had brought.

‘Thank you, Zoe,’ the woman said, tucking the blanket around Scranton. ‘I think we should take him to the vet. Let’s get him into the car. Do you think you can hold the box while I drive?’

The little girl’s face fell and Scranton felt the absurd desire to make her smile again. His tail thumped weakly at the side of the box.

‘Look, he wants to stay with us,’ Zoe exclaimed, accepting the box from her mother.

‘We’ll ask the vet to check if he’s been chipped,’ her mother responded.

Scranton was drowsy and finding it hard to concentrate. Against his will, he fell asleep.

When next he woke, he was lying on a cushion, in the corner of a large room. He had to figure out what was going on and get out of here. It would not take long for his enemies to move on the Empire if it became known that he was missing. He climbed unsteadily to his feet and took a few cautious steps. His legs shook but supported his weight. Now, if he could find the way outside, he might be able to work out where he was.

A door opened and a smell wafted into the room, making him realise how hungry he was. Sausages! Instead of looking for a way out as he had planned, he followed the smell to another room, full of warmth and food.

‘Are you hungry, pup?’ Zoe asked, bending down with a bowl full of cut up sausages. Scranton stuck his nose straight into the bowl and then pulled it back with a yelp!

‘Oh, I’m sorry, is it still hot?’ Zoe stood up with the bowl and Scranton whined. ‘Just a minute, silly,’ the girl laughed.

She put down a bowl of water and the Overlord stuck his nose into it, soothing the burn from the sausages.

The woman came into the room carrying a collar. A collar! They would have a fight on their hands if they thought they were putting that thing on him! He started to back away but then Zoe put the bowl of sausages on the floor again and his hunger betrayed him.

‘Your dad and I have had a chat,’ the woman was saying. ‘We’ve decided that you can keep him, if no-one comes forward looking for him.’

Scranton flinched as the girl squealed, his ears folding back involuntarily. Zoe threw herself at her mother who was laughing. This must be some sort of bonding thing. Humans were so strange.

Scranton stuck his nose back in the sausages and ate them as fast as he could manage. He was so intent on the food that he barely noticed the girl slipping the collar on him.

‘I think I’ll call him Fang,’ she said, scratching behind his ears.

Fang? My name is Overlord Scranton. And now that I’ve eaten I’ll be going, he thought, nuzzling the girl’s hand. He lay down and she scratched his belly, making his tail wag. Well, no point setting off tonight. I’m leaving tomorrow though…

If you've enjoyed today's post, remember you can support my work and receive more flash fiction from me as well as other rewards at Patreon. Thanks for reading. Let me know what you think in the comments, and feel free to leave a prompt for a future story! 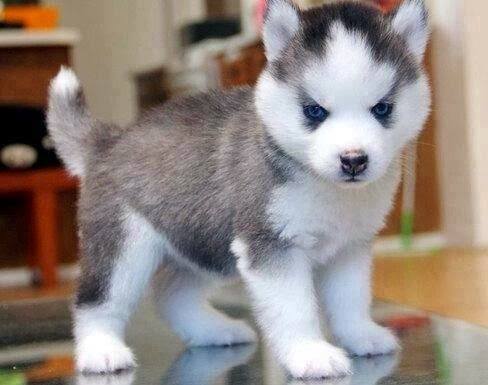