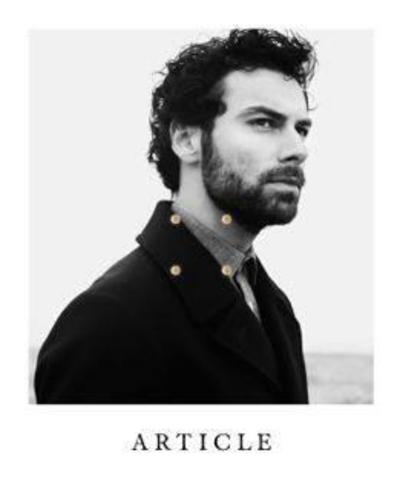 Everything included at the Launch Party level, plus a day of wardrobe consultancy & personal shopping in London with fashion director Kenny Ho

Everything included at the Launch Party level level, plus lifetime subscription to the magazine

Become an Associate Editor of ARTICLE

Why a new fashion/lifestyle magazine?
We’re tired of huge magazines that are 80% advertising for luxury brands. British style and fashion magazines weren’t always like that (think of The Face and iD). We think British readers deserve something better, smarter and more creative. You can see what people thought of Issue One here and here

What is ARTICLE?
ARTICLE is a celebration of all things British and British-related. Published twice a year, we aim to share the things which we believe make Britain great: art, design, culture, entertainment and contemporary men’s fashion, explored from unique, intensely personal perspectives by our team of writers, photographers and creatives.

In our forthcoming Issue Two, scheduled for release in September 2013, we look at menswear's perennial tug-of-war between technology and tradition, and talk to Hancock - a very 21st century fashion brand, with a Victorian inventor's legacy at its' heart; we photograph London's local barbershops, a network of vibrant, insular communities scattered across the city; and renowned illustrator Howard Tangye, whose drawings are being collected into book form for the first time this autumn, allows us access to an archive of work which spans more than forty years. We also feature artist Rose Wylie, whose large-scale paintings are inspired by movie stills and popular culture; and our collaborator for the next installment of our 'Circular Project' will be Richard Hoey, whose photographic montages are both eye-catching and thought-provoking. And there's lots more, from beautifully-framed editorials to articles which explore everything from the unexpected dark side of children's author Beverley Nichols, to the renaissance of the (not so) humble cuppa.

We have also launched the ARTICLE mobile app. Developed in association with Mobile Acuity, the app harnesses the latest in visual search technology: capturing key images within the print magazine via mobile devices, readers will be able to access a digital destination brimming with interactive content - everything from fashion films and shorts videos to websites, product launches and other exclusives.

Would women want to read it?
We have a team of contributors that write about men’s concerns and lifestyle in a balanced, witty and intelligent way. This will give women a genuine insight into the male mind from a first person perspective. We believe women are embracing men’s fashion more than ever before - case in point a traditional menswear brand like Church's, whose simple, masculine aesthetic is becoming increasingly popular with female customers. Also our features on art, culture and entertainment are of interest to both sexes.

Why get involved?
ARTICLE is the first ever men’s magazine funded using the Unbound crowd-funding model. By asking our readers to help fund the project, we are also offering them the opportunity to contribute ideas and concepts and thereby help to shape future publications. We do not just want readers, but people who are willing to share their passion for British style and culture with each other - and in the process form part of a historic moment in publishing.

This Collector’s Edition of the magazine can only be purchased direct through Unbound; in addition to the regular newsstand version, this edition includes an exclusive sleeve case (with your name printed on the sleeve lining), a limited edition collector’s cover, and a host of bonus materials - as well as additional digital content only available via the ARTICLE app.