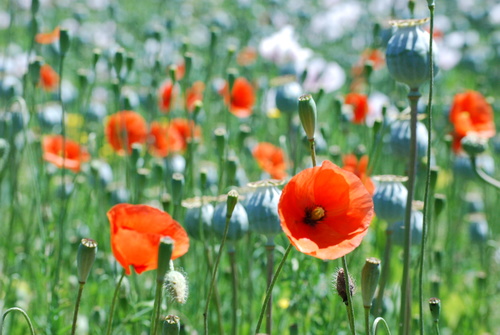 Greetings from sunny northern Tasmania! With apologies to those of you who are beleagured by English weather.

My own mood is irrevocably sunny. Since my last update in December, we have reached the holy grail of 100% and Apple Island Wife is now fully funded, and will be published by Unbound in 2018!

That means it's about to go into edit. How I have loved saying that to anybody who will listen. Over the next 16 to 18 weeks, my publisher Unbound will have a structural edit done. Then will be a further round of copy editing. And at roughly the same time, the book will go into design.

Over the weekend I reviewed the manuscript one last time and did a few final rewrites - finalising the fictionalised names of characters based on local identities; rewriting bits of dialogue to keep it all complimentary and make sure nobody is upset at finding a little of themselves in my pages. That's a very real concern when you're writing memoir, even a fictionalised one.

Latest news from Unbound HQ came this morning: "We think we've already found the right editor for the structural edit of your book and should be able to introduce you to them in the next day or so - watch this space!"

It's the summer holidays here in Tasmania and we've had high temperatures - up to the low thirties. That's high for us. Of course they've had the opposite in the United States, and a card from the UK this week brings news of -7 degrees. The elephant in the room on the forecasts is of course the changing climate, and there is a little of that in my book.

Meantime, it's school holidays and I'll be spending an hour or two watchign Jumanji at the cinema today. Lucky me.

I've also been interviewing the cream of the sparkling winemakers in Tasmania's East Tamar, specifically the Pipers' River area which produces some of most premium sparkling wines in the world. It has been fascinating, and there I really do count myself lucky, to have this on my doorstep.

This and a few of the other articles I've written for Tasmania 40 South magazine will be up on my blog shortly. If you'd like to read a little more about the food and lifestyle of Tassie, you can do so there - www.appleislandwife.com

And lastly, a couple of people have ordered extra copies of the book recently because they've thought of friends who would enjoy it, and if you'd like to do that to, it's not too late - you can still pledge.

Thanks so much for all your support so far!

More in a month or so from the newly edited me!